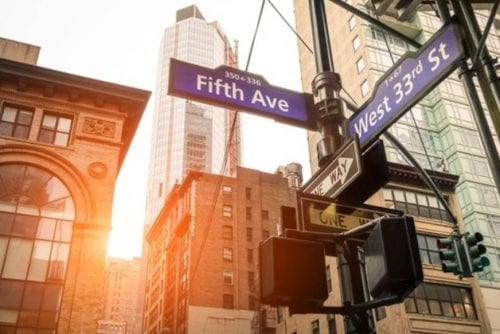 Did you miss this year’s Mines and Money conference in New York? The INN team spoke with a plenty experts at the show — listen now!

Hundreds of people attended this year’s Mines and Money event in New York, which took place from May 1 to 2 and featured a long list of speakers who are experts in the resource space.

The Investing News Network (INN) was on site covering the show, watching panels and keynote presentations and speaking with thought leaders. In total, the team spoke with eight experts who shared their insight on hot topics like vanadium and cobalt, plus stalwarts like gold and copper.

Scroll on to listen to the full set of interviews INN completed at the conference. You can also click here to see our visual round-up of the show.

Andrew O’Donnell: Investors Need in on the Vanadium Story

Andrew O’Donnell, managing director of Super Charged Stocks, tackled the vanadium space in a presentation at Mines and Money New York, and, following his presentation, he spoke with INN on why he thinks the most exciting use for vanadium is the redox battery.

“When you see people putting in, solving real-world problems and having solutions, especially with something (like) vanadium — which is clean energy, totally rechargeable, 20 years worth of storage — it’s exciting. So, to see if they can ramp it up (to) that massive scale as they are in China, it’s pretty exciting,” he stated.

Jon Hykawy: Sit on the Sidelines for Cobalt (for Now)

President of Stormcrow Capital Jon Hykawy spoke with INN on why investors who keep an eye on cobalt would do well to stay on the sidelines for the time being amid price declines across the battery sector. He also discussed lithium market developments.

“The 30 second synopsis is lithium will be fine, because we have so many mobile devices (and) we’re looking to produce batteries that can work in electric vehicles. Lithium is going to be fine. There really isn’t an alternative, certainly none that’s as safe or as low cost as lithium is,” he noted.

Founder of RK Equity Howard Klein spoke with INN on why lithium investors should expect supply to continue to fall short: “I think it’s very important to look at which projects are currently in construction and funded, and expect that their targets are going to be late in terms of when they’re going to come on stream, and you should expect to haircut the volumes and potentially the quality of what you have.”

He added that, because of disappointing supply, the ongoing oversupply narrative won’t be as hard hitting and will inevitably end up as a supply shortage instead.

Speaking with INN at Mines and Money New York, Chris Berry of House Mountain Partners said that the lithium supply deal between German carmaker Volkswagen (OTC Pink:VLKAF,FWB:VOW) and Chinese giant Ganfeng (OTC Pink:GNENF,SZSE:002460) is something that everyone is or should be excited about.

“I think we’re certainly going to see more of that over the next six to 12 to 18 months, we’re going to have to for these original equipment manufacturers to be able to hit the goals out in say 2023, 2024,” he revealed.

Goehring & Rozencwajg Managing Partner Adam Rozencwajg told INN that, while he has a rough outlook on investor sentiment towards the resource space, his optimism can be found in the copper market.

“I can never remember investor sentiment being so negative towards resource stocks in general, both on the mining side and on the energy side. We look at data going all the way back 100 years, and we look at the price of commodities relative to the price of the Dow Jones (INDEXDJX:.DJI) or the S&P (INDEXTSI:OSPTX), and in both cases you’re at a 100 year low,” he said.

In an interview at the sidelines of the show, Stephen J.J. Letwin, CEO of IAMGOLD (TSX:IMG,NYSE:IAG), spoke about what the future may bring for gold and why he is a fan of mergers and acquisitions within the gold space. “The fact that gold prices have sort of stayed in the US$1,250 (per ounce) range for the last six years doesn’t do a lot to excite people. So I think there’s investor fatigue, and the bottom line is there’s probably too many of us relative to the fact that the capital pool is shrinking,” he said.

Sprott: Investors Should Use Gold as a Diversification Strategy

Peter Grosskopf, CEO of Sprott (TSX:SII,OTC Pink:SPOXF), addressed where gold stands in a presentation at Mines and Money New York and spoke about what a tough month it has been for gold producers, but reassured investors of the importance of holding the yellow metal.

After his talk, he spoke further to INN about why investor sentiment around the gold space is at an all-time low and what he believes is currently affecting yellow metal prices. “I don’t think I’ve seen (investor sentiment) any worse,” he said. “It’s not just that gold has been lacklustre compared to the other global financial markets. It’s also that there have been some changes in asset management, which have made sector funds like gold very unpopular,” he explained.

Finally, INN spoke with Daniel Major, CEO of GoviEx Uranium (TSXV:GXU,OTCQB:GVXXF), in the days following the conference, with Major addressing the company’s Q1 deal with the Nigerien government, renewable energy integration and project development in Africa.

Located in Niger, the fourth largest uranium-producing nation, GoviEx’s Madaouela project is fully permitted and awaiting upward momentum in the uranium sector to go into production.

“There are many companies out there who need the high price, but they also need a permitted project. We already have those permits,” said Major. “We are expecting uranium prices to go up. So what we are effectively doing is working to bring those costs down on our projects, so we reduce the uranium price we actually need to justify this project,” he added.

One response to “Mines and Money New York 2019 Round-Up”