With the spot price of uranium at a low $40 per pound, those in the industry are eyeing current supply/demand trends for an indication of whether we’re at a bottom and when prices might rebound. 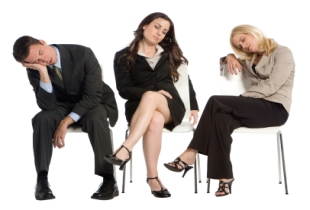 With the spot price of uranium at a low $40 per pound, those in the industry are eying current supply/demand trends for an indication of whether or not we’re at a bottom and when prices might rebound. Events affecting supply and demand fundamentals making the news this week include: increased production levels out of the world’s leading uranium-producing countries, increased interest in nuclear power, large uranium mines entering production, and project delays.

With 16,400 tonnes of U308 output in 2009, Kazakhstan has managed to out produce traditional uranium global export leaders Canada and Australia, while Namibia has jostled Russia out of fifth place.

Despite slowing production rates in 2008 that helped Kazakhstan top Canada, the North American nation has managed to hang onto second place with production at 11,997 tonnes of U308 last year or 22 per cent of world production, according to the World Nuclear Association. These levels haven’t been reached since 2005 as Canada has had to deal with low ore grades and operation setbacks.

Whether or not Canada can retain its second-place status going forward is questionable as big producing operations close such as the McClean Lake mill  and production continues to be stalled out of the Cigar Lake mine.

Complicating matters, Australia has some major new mines expected to come on-line in the near future that may help it to push Canada to third place.

Set to be Australia’s fourth uranium mine, Uranium One’s [TSX: UUU] $138 million Honeymoon project in South Australia is expected to commence production before the year is out. The Canadian-based miner and its Japanese partner, Mitsui & Co are anticipating an annual production level of 400 tonnes U308 for six years.

Other Australian projects threatening Canada’s number two spot include the development of the Kintyre deposit in Western Australia by Cameco and Mitsubishi, BHP’s plan to triple output at its Olympic Dam mine, and the company’s prospective development of the Yeelerrie deposit.

The Australian-based miner says Rössing South has the potential to become one of the world’s biggest uranium mines as drilling operations continue to grow the size of the resource. An updated resource estimate is expected in the third quarter of this year.

“The Rossing South project has been confirmed as the highest grade granite-hosted uranium deposit in Namibia and one of the most significant uranium discoveries in decades,” says the miner.

So far, the mine plan is planned to be an open-pit mining operation, which a preliminary cost estimate report indicates could be supported. Ore would then be processed through a 15-million ton per year conventional agitated tank leach plant.

Development capital costs are expected to reach about $1 billion, according to company chairperson Steve Galloway. Annual production at the mine is estimated to be 14.8 million pounds U308 with a mine life of over 20 years.

Depressing uranium prices have forced French uranium miner AREVA to plan a review of its projects, which may lead to a 20 per cent cut in its 2012 output target.

Last September, the company pegged its 2012 production number at 12,000 tonnes of U308, but now says uranium prices are too low to make production costs economical. AREVA plans to announce a new 2012 production target in June of this year.

“There will be either a halt or delays in some of the large projects,” said Sebastien de Montessus, director of AREVA’s mining unit. “We have the flexibility to lower the 2012 target of 12,000 tU by more than 20 percent depending on market conditions.”

Uranium miners may be facing low prices for their products for now, but as nuclear power demand begins to outpace supply in the coming years, those projects won’t be on hold for long.

Fierce competition in the nuclear industry is already heating up as firms battle over nuclear power plant construction contracts in energy-hungry Asian nations  like India and China.

Russia’s state-owned nuclear company recently agreed to help India construct 16 nuclear reactors, six of which are expected to be built by 2017. India presently relies on nuclear power for 3 per cent of its energy needs and that number is expected to double in the next ten years.