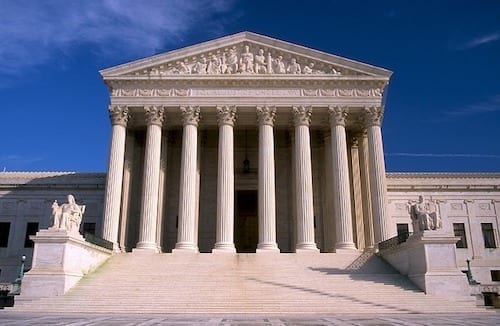 The almost four-decade moratorium was enacted by the state in the early 80s following a partial meltdown at Three Mile Island in Pennsylvania.

The US Supreme Court heard arguments on Monday (November 5) regarding a 36-year-old uranium mining ban in the state of Virginia. The almost four-decade moratorium was enacted by the state in the early 80s following a partial meltdown at Three Mile Island in Pennsylvania.

Since then, uranium miners and a private citizen have adamantly appealed to state officials and federal legislators to reverse the ban and allow the energy metal to be extracted.

In fact, two companies have been instrumental in getting the case in front of the country’s top court, Virginia Energy Resources (TSXV:VUI,OTCQX:VEGYF) and Virginia Uranium. The latter was founded in part by the Coles family, who own a property in Virginia that is estimated to hold 119 million pounds of uranium.

The miners are also arguing that the state level ban should not supersede the 1954 Atomic Energy Act, which allowed states to regulate mining, but gave the federal Nuclear Regulatory Commission power to oversee everything else in the mining space, including the processing of mined nuclear materials, such as uranium.

“The main issue is [if] a state [should] usurp the power or the authority of a federal ordinance or law to prevent mining in a state for safety concerns or otherwise, in this case uranium,” Thom Calandra, founder of the Calandra report, told the Investing News Network at this year’s New Orleans Investment Conference.

The argument for increased domestic uranium production could be bolstered by the fact uranium is performing well this year. The nuclear fuel started the year at US$21.88 a pound and has climbed to US$27.90 where it sits today.

The mining ban issue in Virginia has also been compounded by the fact that the Coles own the property that they wish to extract uranium from, and have argued that they should be allowed to extract the resource from their private land without government interference.

Now that uranium has been listed as an issue of national security, there may be more domestic production in the pipeline, however according to sector analyst and founder of the Mercenary Geologist, Mickey Fulp, the uranium spot price would need to rise by at least US$12 to make US uranium mining viable and profitable.

“So, this national security issue in the US would require 25 percent of US uranium to come from domestic mining, that’s going to take a US$40 spot price,” said Fulp.

“People in the know in the business on the supply side seem to think that we could end with a two-tiered price structure where the price in the US is US$40-US$45 and perhaps a lower price worldwide, but the lower worldwide price is eventually going to catch up to the US.”

It may take weeks or months for the Supreme Court to hand down its decision, in the meantime, uranium miners will hope the spot price continues its upward momentum.

Virginia Energy Resources shares were up 38.78 percent on Monday, trading at C$0.34.

One response to “US Supreme Court Tackles Virginia Uranium Ban”