Mark Lackey, Investment Strategist with Pope & Company forecasts growth in the uranium mining industry, “We think the prices will head up closer to $70 next year and then in 2013 we can get back closer to $100.” 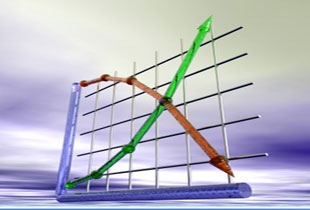 Uranium investing interest could increase significantly according to the bullish outlook of Mark Lackey, Investment Strategist with Pope & Company  with his forecasts for growth in the uranium mining industry.

“If you look at the consensus right now a lot of people are saying $60 to $65 [per pound of uranium] for the next number of years spot and maybe $70 long term. Long term is [currently] trading at $64 [per pound of uranium]. That is not particularly bullish. The reason that we have a different view is two fold.  Number one we don’t think some of the supply will come on when people say it will, because if you look at mining in general there are usually delays and we are seeing a lot of water issues in countries these days and economic nationalism. And the second factor is that the Russians will stop exporting highly enriched uranium in 2013 and where is that shortfall going to be made up? Some people are saying Kazakhstan and Namibia, I don’t think we’ll get the growth in those countries that a lot of people suggest they will. We think the prices will head up closer to $70 [per pound of uranium] next year and then in 2013 we can get back closer to $100.”

During a conference call with investors, Chief Executive Officer Tim Gitzel was questioned on details of the continued progress for the Hathor Exploration Ltd. (TSX:HAT) offer, or the chances that it might align in a joint capacity with Rio Tinto PLC (LSE:RIO,NYSE:RIO,ASX:RIO) for the Roughrider deposit. While Mr. Gitzel declined to comment on the situation, it is worthwhile for investors to note that existing Non-Resident Ownership Policy would prevent an exclusive foreign mining interest from producing uranium from the Athabasca basin. This means that should the current top bid prevail, Rio Tinto would likely need to find a Canadian company for a joint venture sharing at least 51 percent of the production from the deposit. In January of 2011, the present administration demonstrated its reluctance to change legislation or facilitate a foreign takeover of Potash Corporation of Saskatchewan (TSX:POT,NYSE:POT).

Within its management discussion and analysis the company issued its outlook, “The serious incident at Fukushima is continuing to have a near-term impact on uranium demand due to loss of capacity, program delays and extended outages due to inspections and upgrades; however, broader growth rates for nuclear power remain robust on the strength of the emerging markets of China, India, Russia and the Middle East. The Corporation believes that market conditions will continue to be favourable for lower cost, diversified producers like Uranium One.”