The uranium market may see relief from depressed prices in the next few years as demand overtakes supply. Many of the world’s producers are slowing development and production plans, and that may lead to a supply deficit. 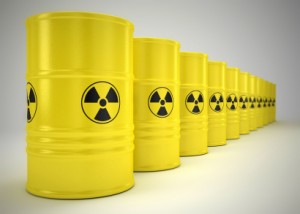 Market watchers are forecasting a uranium supply deficit that should push spot prices higher in the coming years. But for now, “off-putting” best describes prices, as many uranium resource companies are delaying new development until economies improve.

Uranium spot prices continued to fall this week as analysts called for no new net demand until 2016 or 2017, a slower market recovery than expected. TradeTech is reporting a U308 spot price of $48 per pound while Ux Consulting puts the price at $47/lb.

Reports blame Japanese and German stockpiles as both nations have announced plans to phase out their civilian nuclear porograms.

Yet the mid- to long-term outlook remains positive. “The supply/demand fundamentals for uranium are looking good, because the long-term prices and the spot prices will have to increase to catalyze enough production to meet demand,” said Alka Singh, independent researcher and founder of Mine2Capital, in a recent interview with The Energy Report. She notes that annual uranium demand for nuclear power totals 177 million pounds globally while worldwide production in 2011 was 130 million pounds.

In other market news, Canada is working hard to ensure that its uranium companies are strategically aligned with end users, including state-owned nuclear power industries in China, India and most recently, the United Arab Emirates (UAE).

Uranium Investing News reported in July on a supplementary protocol signed by Canada and China that allows Canadian uranium companies to increase their exports to China under the 1994 Canada-China Nuclear Cooperation Agreement. Saskatchewan Premier Brad Wall recently told CBC News host Evan Solomon that the negiotiaion of a nuclear agreement between the two nations could translate to $3 billion in uranium exports from his province to China — the “most robust nuclear power program in the world.”

On Tuesday, Canada and the UAE signed a civilian nuclear cooperation agreement that allows for the sale of Canadian uranium to the UAE for nuclear power purposes. The UAE is already Canada’s largest export market in the Middle East and the agreement is expected to further increase export volumes. Last week, Uranium Investing News reported that the UAE will receive $2 billion in loans from the US Ex-Im Bank to construct four nuclear-power-generating units, the first of which is expected to come online in 2017.

Last Friday, Purepoint Uranium Group (TSXV:PTU) announced the results of the 2012 diamond drill program at its Smart Lake joint venture project, located in the Athabasca Basin. Purepoint has an agreement with Cameco (TSX:CCO,NYSE:CCJ) to earn a 50 percent interest in the project. The results show that the Shearwater conductor area is host to widespread hydrothermal alteration, favorable structure and rock types associated with anomalous radioactivity. The company also reported that program expenditures to date have earned Purepoint a 26 percent interest in the project.

“The current drill program continued to track favourable rocks, structure, alteration occurring to impressive depths and radioactivity along the Shearwater Conductor,” said Scott Frostad, Purepoint’s vice president of exploration. “We have promising results over a 400 metre strike length and all of the correct indicators for a discovery.”

On Wednesday, shares of Purepoint were trading at 7 cents on the TSX Venture.

Monday, Rockgate Capital (TSX:RGT) announced results from an extensive drill program in the Bodi area of its Falea uranium-silver–copper project in Western Mali. The purpose of the drill program was to increase the resource base while examining the potential for open-pittable ore. Highlights from the results include the discovery of high-grade uranium mineralization, including 0.41 percent U308, 49.7 g/t gold and 1.29 percent coppper over 4.03 meters in DF-744 in the Bodi East Zone. The presence of near-surface, high-grade mineralization (31.3 meters depth in DF-699) suggests that open-pit mining on Bodi may be possible.

Rockgate will resume its 2012 drill program in early October, targeting areas that can be brought into the measured and indicated mineral resource categories quickly so that it can update its mineral resource estimate for incorporation into ongoing economic studies on the project.

On Wednesdsay, shares of Rockgate were trading at 59 cents on the TSX.

Tuesday, uranium and vanadium junior Crosshair Energy (TSX:CXX,AMEX:CXZ) announced the completion of a radiometric soil survey at the Junior Ridge property, located in Wyoming. The survey identified three areas of anomalous radon concentration, with the largest area containing 42 highly-anomalous radon measurements, indicating areas of additional uranium mineralization. Crosshair will focus the next phase of drilling on these three areas.

“The areas of highly anomalous radon results appear to correspond with the new mineralization trend we identified in our drilling earlier this year,” said Mark Ludwig, president and CEO of Crosshair. “This correlation gives us confidence in the gamma/radon survey as a very cost effective and important exploration tool, allowing us to focus our exploration capital on those areas with a higher probability of mineralization and we would anticipate a greater incidence of positive drill results.”

On Wednesday, shares of Crosshair were trading at 17 cents on the TSX.