Germany’s views on the nuclear renaissance may have flipped, but nations like China, France, Argentina, Bangladesh and even oil-rich Saudi Arabia are staying the course. 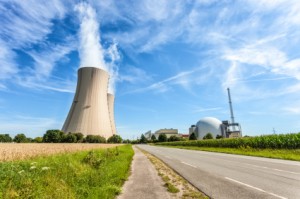 This past week, uranium spot prices gained 0.5 cents, to $42.50 per pound, even as market activity remained “extremely light,” reported TradeTech. The industry consultant also noted that “the gap between willing buyers and willing sellers widened, with neither side demonstrating a strong willingness to move in order to close transactions.”

AREVA (EPA:AREVA) and Toshiba (TSE:6502) are said to be eyeing the world’s second-largest nuclear fuel producer, Urenco, in which Britain, Germany and Holland each hold a 33-percent interest. Both the Brits and the Germans are interested in offloading their stakes in the company, which is worth approximately $3.3 to $4.8 billion, according to a recent report from The Globe and Mail.

While Germany may be backing away from nuclear power domestically, local media reports indicate that its government will continue to fund nuclear power plant construction abroad. But its goal to phase out nuclear power at home is facing understandable criticism.

Nuclear power accounted for roughly a quarter of energy production in Germany prior to Fukushima. Now the country is attempting the herculean feat of deriving 35 percent of its energy from not-so-dependable renewable sources by 2020. Given the fact that Germany’s industrialized economy is the largest in Europe, that goal — and the country’s longer-term aim of acquiring 80 percent of its energy from renewable sources by 2050 — seems highly unrealistic.

The shift to renewables is proving costly for Germany’s utilities, said Reuters reporters Christoph Steitz and Vera Eckert. “[W]holesale power margins have become unprofitable for gas to be burnt in power plants, because sporadic oversupplies of green energy weigh down wholesale prices, while gas is expensive,” they noted. “In the meantime, Germany has opted for more coal-derived power, due to the need for basic round-the-clock supply. This is currently lowest in price, but, ironically, most polluting.”

But while Germany may have flipped its perspective on the nuclear renaissance, nations like China, France, Argentina, Bangladesh and even oil-rich Saudi Arabia are staying the course.

Representatives from AREVA and Électricité de France (EDF) (EPA:EDF), along with French Industry Minister Arnaud Montebourg, are in Saudi Arabia this week to discuss the sale of nuclear reactors with government officials. The talks follow a 2011 nuclear agreement between the two countries. The Middle Eastern nation has no nuclear power program currently, but is pondering constructing a facility with a capacity of 17 gigawatts by 2032, reported Reuters. The AREVA-EDF alliance may face competition from Westinghouse-Toshiba and a South Korean consortium.

AREVA is increasing production capacity at its Georges Besse II uranium enrichment facility in Southern France, a January 16 press release states. The South plant is now at producing at 70 percent of its production rate and the North plant is anticipated to commence operations by March 2013. The facility should reach its full capacity of 7.5 million SWU in 2016.

EDF is reportedly in discussions with China Guangdong Nuclear Power Holding Company regarding partnering on a project to build a new nuclear plant in the UK. If successful, the deal could replace EDF’s partnership with Centrica (LSE:CNA), 4-traders reported.

Bangladesh, which recently signed a $500-million loan agreement with Russia, will commence construction of its first nuclear power plant by October 2013, according to Channel NewsAsia. The Rooppur nuclear power facility will have two 1,000-megawatt reactors. The country is anticipated to run out of its main energy source, natural gas, within a decade.

Argentina is looking for a bigger piece of the nuclear industry pie, having recently announced agreements with the United Arab Emirates for “peaceful nuclear energy,” UPI reported. The Latin American country is set to launch the third of its own reactors this month. Argentinian gross electricity generation for December 2012 reached 21 GW, a 2-percent increase year over year, as consumption demand grew 6.8 percent during the same period. Although thermo- and hydro-based power accounted for the majority of electricity generation in the country, respectively increasing year over year by 14.6 percent and 1.6 percent, nuclear power had the highest growth, up 26.2 percent year over year, according to figures cited by Business News Americas.

Output at Paladin Energy’s (TSX:PDN,ASX:PDN) Kayelekera mine in Malawi increased 20.9 percent in the fourth quarter 2012, to 772,280 pounds U3O8 — an all-time quarterly record for the company. Sales of yellowcake from its combined operations, included Langer Heinrich, totaled 2.7 million pounds and generated revenue of $133.9 million for an average sales price of $48.10 per pound.

Laramide Resources signed (TSX:LAM) a two-year toll milling agreement with Energy Fuels (TSX:EFR) to process material from Laramide’s La Sal II uranium project at Energy Fuels’ White Mesa mill. Under the agreement, 20,000 tons of ore will be processed at White Mesa during a test phase that will follow a bulk sample program to confirm metallurgical and mill compatibility. In exchange, Laramide will reimburse Energy Fuels for milling costs and pay a capital charge plus a toll milling fee per ton of ore; the milling fee will be partially based on the long-term uranium price, which was lasted reported at $56.50 per pound U3O8. The bulk sample program gives Laramide the impetus to begin underground development at the project. Positive results would bolster a decision for commercial production.