Surprisingly, uranium spot prices have declined almost 20 percent since October 2009, despite a strengthening of sentiment for economic progress and global growth in the number of nuclear power generating facilities in operation. 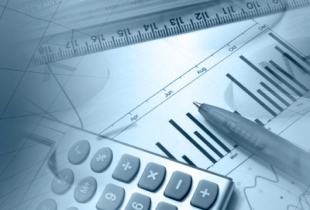 Interest in uranium investing has declined, according to a recent survey conducted by Resources Investing News.  The results indicate that fewer investors were placing their bets on uranium companies, down to 12 percent from 16.9 percent at the end of 2009.

Surprisingly, uranium spot prices have declined almost 20 percent since October 2009, despite a strengthening of sentiment for economic progress and global growth in the number of nuclear power generating facilities in operation.

At the end of 2009, many central bankers and economists were presenting forecasts of improved economic recovery.  In December, the Conference Board Consumer Confidence Index posted a moderate gain in December as expectations for the short-term future increased to the highest level in two years.  The outlook for the labor market was also more upbeat. The percentage of consumers expecting more jobs to become available increased to 16.2 percent from 15.8 percent, while those expecting fewer jobs decreased to 20.7 percent from 23.1 percent. The proportion of consumers anticipating an increase in their incomes decreased to 10.3 percent from 10.9 percent.

One explanation for a logical disconnect may be that it follows a result of the lag between price and production and future uranium price due to the challenges and complexities of the nuclear fuel cycle.

A sharp decline in the uranium spot price during 2008 may have resulted from a major sell-off by hedge funds and investors prompted by the economic downturn and credit crisis as well as sellers driven by cash requirements. According to Daniel Harrison, a Senior Research Analyst with Van Eck Associates, at one point hedge fund buying accounted for as much as 25 percent of ownership, but the majority of these managers have not returned to the uranium market and are currently pursuing other opportunities.  This sell-off would create downward pressure on the spot price and force other sellers to cut their prices to remain competitive in a market where demand remained primarily discretionary and extremely price sensitive.

By the end of last year, uranium production had responded to the rising prices and a long term secular optimistic demand outlook, with global uranium production increasing to an estimated 132 million pounds.  In addition, the U.S. Department of Energy released an Excess Uranium Inventory Management Plan in December of 2008.  A stated objective of the plan was to make available for sale up to the equivalent of 20 million pounds uranium to be sold to licensed U.S. nuclear reactor operators over a period of several years starting in 2010.  This may have created a surplus, which would explain the limits on uranium spot price appreciation and the muted interest over the short term for uranium investors.

Global population growth in combination with industrial development will lead to a near doubling of electricity consumption by 2030. Nuclear energy is on the policy agendas of many countries, with projections for new build projects similar to or exceeding those of the early years of nuclear power. The Uxc estimates that demand will outstrip all production (secondary and new production included) in 2014, but if the high end of demand is reached demand will continue to outpace production at an increasing pace through 2020.

Increased awareness of the effects and dangers of global climate change has led decision makers, media and the public to become critical of the use of fossil fuels with the focus on reduction and replacement by low-emission sources of energy, such as nuclear power, a readily available large scale alternative to fossil fuels for production of reliable and continuous supply of electricity.

There are currently 439 nuclear units operating in 30 countries and they supply about 15 percent of the world’s electricity.  Over the next 10 years, 108 new reactors are anticipated with the majority of the growth in Asia.   Over the same time period, 19 reactors are expected to be shutdown, resulting in a net increase of 89 reactors from current levels. Indian reactor demand for uranium estimated at about 3 million pounds last year will rise to as much as 10 million pounds in 15 years.  Some analysts are forecasting China will increase nuclear power capacity by 9 times current values, targeting 80 GWe by 2020.

In addition to this growth, there will be a need to renew the current generating facilities in the Canada, U.S.A and the EU over the same period. Licensing of plant lifetime extensions and the economic attractiveness of continued operation of older reactors are critical factors in the medium-term uranium market. However, with electricity demand expected to increase significantly at a rapid rate, there is plenty of scope for investment growth in uranium investing for a greenhouse conscious world.

Best Gold Stocks of 2021 on the TSX
What is Esports? The Facts for Investors
5 Top Weekly TSX Stocks: Fission Uranium Up on Drill Results
5 Top Weekly TSXV Stocks: Decklar Resources Rises Over 80 Percent