The increasing likelihood of a future nuclear fuel shortage presents an upside for uranium exploration and development companies with quality projects in prime locations. 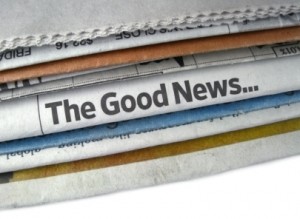 Uranium Investing News (UIN) asked Rob Chang, metals and mining equity research analyst at Cantor Fitzgerald, if market watchers can expect more production and expansion deferment in the coming months. “If spot prices remain weak or fall further, we’ll probably see another round in the next quarter when companies announce their financials,” Chang explained. “We could also see a turnaround in production forecasts if spot prices rebound or stabilize and trend a bit higher, but that will probably be a little slower to materialize,” he added.

David Talbot, senior mining analyst at Dundee Capital, agreed. “Even when prices go up, these shelved projects won’t be turned back on immediately.” He noted that operations already producing at the time of their care and maintenance placement, such as Energy Fuels’ (TSX:EFR) three Utah operations, will have an easier time resuming activity immediately compared to shelved projects still under development.

While the news looks negative in the short term, analysts have pointed out that deferred production today will only add to the supply deficit that is projected to loom over the industry in the coming years, creating opportunities for well-positioned development-stage companies.

“When you have negative news coming across several leading companies in the sector, everyone in the sector is going to get hit, and we’re seeing that in the junior space,” said Chang. “However, less production in the future is actually positive for juniors because it means less production for them to compete with, so there is a silver lining of course.”

This year there is already a fundamental supply deficit between global demand and primary mine supply, Chang told UIN. “Global demand is around 176 million pounds U3O8, while primary mine supply is around 160 million pounds.” For now, that deficit is being made up by the overhang in inventories in Japan, but Chang said over the next four years he expects the market will experience a supply deficit ranging from 5 million to 15 million pounds, depending on whether all the recently announced deferred production — including production from Olympic Dam — actually comes online.

Dundee’s Talbot estimates that by 2020 we may see demand in the range of 240 million pounds to 260 million pounds U3O8, but he is “less confident” that available supply will reach 200 million pounds U3O8 by the same year in light of the current spot-price induced production deferment and the upcoming termination of the HEU Agreement next year, which will take an estimated 24 million pounds off the market.

Cameco may have cut its production guidance for 2018 by 4 million pounds, but it will still need to keep up its aggressive acquisition campaign if it wants to meet its production goal of 36 million pounds in the coming five years. UIN asked both Chang and Talbot if Cameco’s recent $500-million debenture offering, which kickstarted a rally in junior uranium shares, is a sure sign it’s still shopping for juniors with stellar assets.

“Our theory is that there are a few areas in which Cameco could be looking for acquisitions that would fall in line with their 2018 expansion goal. These include the Athabasca Basin in Canada and the Powder River Basin in the United States,” said Chang. “UEX (TSX:UEX), Denison Mines (TSX:DML,AMEX:DNN) and Fission Energy (TSXV:FIS) are the three best potential acquisition targets in Athabasca. In the Powder River area, Uranerz Energy (TSX:URZ,AMEX:URZ) has a toll milling agreement with Cameco for its Nichols Ranch production, which is coming online next year. Cameco could easily purchase that company for $150 million to $200 million or so and immediately add that production to its 2018 target.”

While Talbot said he believes there is a “strong possibility” that Cameco will continue to be “more aggressive when it comes to acquisitions,” he cautioned that it’s highly likely the funds procured from the debenture will be used to finance the company’s Kintyre and Nukem deals.

Chang is confident that the uranium market will continue to experience more M&A activity, making attractive investment targets out of juniors with quality projects near acquisition-hungry majors like Cameco. “Generally in down cycles you’ll see more consolidation in the industry, with larger players jumping on the opportunity to acquire assets for cheaper than before. We’ve seen about eight such transactions over the past year and a half.”

Talbot said everyone in the uranium sector believes in the long-term viability of the nuclear industry and that the long-term fundamentals for uranium are still intact. “Mines aren’t coming online as quickly as reactors are and that is increasing the likelihood of a nuclear fuel shortage in the coming years.”