As part of a continuing series on the mining camps of Patterson Lake, here is information on other key players in the area. 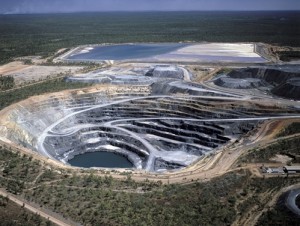 As part of a continuing series on the mining camps of Patterson Lake, below is information on other key players in the area. The Patterson Lake uranium prospect has attracted plenty of attention, as well as many investors and companies interested in exploring the area.

Forum Uranium is a Canada-based company focusing on the acquisition, exploration and development of Canadian uranium projects. It has properties in the Athabasca Basin, Saskatchewan, which is the site of the Patterson Lake prospect, and the Thelon Basin, Nunavut.

The company’s Clearwater project is adjacent to the Patterson Lake South discovery that Alpha Minerals (TSXV:AMW) and Fission Energy (TSXV:FIS) own in the Athabasca Basin. It is the company’s northernmost claim, according to its website. It is interpreted to be on strike with the trend that hosts high-grade uranium mineralization on the Patterson Lake South project. Geologically, the site is on the edge of an interpreted Archean granite gneiss complex.

Forum is exploring its project extensively, and has found anomalous radon results as of October 22, 2013. High amounts of radon were found in the ground in Bear Grid, West Bear Grid and Mungo Grid, as well as high amounts of radon in the water of a small lake in the southeast corner of the Mungo grid. This is an encouraging discovery, and the company intends to conduct more surveys of the same type in the future, along with ground gravity and ground electromagnetic surveys. Its prior explorations have included aerial surveys of the property, ground programs using hand-held scintillometers and biogeochemical sampling.

The Western Athabasca Syndicate group consists of five properties, Preston Lake, North Patterson, RY, South Basin and Wheeler. Four of these are in close proximity to the discovery at Patterson Lake that Fission and Alpha recently made. The Preston Lake Property includes the extension of the northeast-southwest trends and of magnetic features Fission and Alpha targeted. While this region of the basin is sparsely explored so far, the geological attributes of the area are promising, and similar to those of the eastern basin trend. The syndicate intends to spend a minimum of $6 million over the next two years in combined exploration expenditures.

Lakeland Resources is a pure-play uranium exploration company with properties in the promising Athabasca Basin. Lakeland holds over 100,000 hectares of land across nine projects, with drill-ready projects already in close proximity to established infrastructure, including roads and power. The company’s leading properties are located in the northern basin Riou Lake, South Pine and Otherside properties, which are between Fond du Lac and Stony Rapids. On these properties, over $3 million in exploration has been completed by UEX since 2005. The company still needs to test identified targets.

Moving forward in 2013 and into 2014, Lakeland is planning on competing fieldwork on its properties so it can move into exploration drilling in Q1 of the coming year.

Makena’s President Negar Adam is please with these developments staying “This is a significant acquisition for Makena. This acquisition would position Makena in the heart of the most exciting uranium district in the world today. The PLS discovery has garnered significant market attention and we are extremely pleased to be bordering this discovery.”

Earlier in November, Makena closed the final tranche of its private placement for a total gross proceeds of $115,600. The company aims to start its work program on the Patterson Lake claims before month end.

Juniors Hunting for Uranium in the Patterson Lake Region

Uranium Juniors in the Athabasca Basin