Monday saw both NexGen Energy and Fission Uranium release positive results from their projects. Here’s a look at what both companies reported that day and why analysts think they’re onto great things. 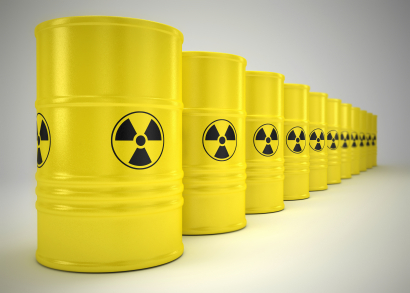 The Athabasca Basin is known for its high-grade uranium, and while various companies are working in the region, two juniors in particular continue to unveil promising results: Fission Uranium (TSX:FCU) and NexGen Energy (TSXV:NXE).

Both companies have released a steady stream of positive results from their projects, particularly in the last few months, and Monday was no different. Here’s a look at what both companies reported that day and why analysts think they’re onto great things.

Monday’s press release from Fission details results from 19 holes drilled at the R780E zone of the Triple R deposit, located at the company’s Patterson Lake South property. Seventeen angled holes show mineralization, while two intersected narrow and weakly anomalous radioactivity. Many of the holes mentioned in the release are step-out holes, and have grown the R780E zone in several directions.

Rob Chang of Cantor Fitzgerald said in a note that he sees the results as very positive and believes they further highlight the growth potential of what is already a high-grade, 105-million-pound U3O8 resource.

Chang also said Fission’s speed and efficiency at drilling, along with favorable winter conditions and Monday’s “highly positive drill results,” have allowed its winter exploration budget to be expanded by $3 million. “This equates to approximately 6,270 m (28 holes) of additional drilling for a total of 26,500 m in 91 holes. The additional meters will be used to test high-priority areas within the R780E Zone where specific step-out targeting of the high-grade domain is prospective. Additional drilling is also planned to further test the recent discovery of high-grade mineralization at the R600W zone, located 555m on strike to the west of the Triple R deposit,” he states in his note.

NexGen also has an ongoing winter drill program in place, and Monday it reported its best angled hole to date. Hole AR-15-41 intersected 205.2 meters total composite mineralization, including 24.52 meters off-scale radioactivity (>10,000 to >61,000 counts per second) within a 439-meter section.

Chang sees NexGen’s results as noteworthy as well, and said, “the Arrow deposit is clearing growing as the A2 and A3 structures at the Arrow Zone have expanded significantly based on today’s results. Based on true widths it appears that the A3 shear is notably larger than A2, which is very encouraging as the latter hosts hole AR-14-30 that intercepted 46 meters at 10.32 percent U3O8.”

Haywood Securities also points to the size difference in the two shears in its own note and states that “drilling at the northeastern extent of Arrow suggests expansion potential in that direction, although more drilling is required to determine the width and lateral/vertical extent of each shear zone.”

Finally, Dundee Capital Markets believes the results show that the Arrow zone is taking shape, noting that just nine holes drilled so far have “conservatively multiplied the size of Arrow by a factor of four (515 meters east-west x 215 meters north-south x 805 meters vertical), since the end of summer 2014. The A2 and A3 shears in particular are starting to develop, and pending assays, we should be able to start speculating on potential size of this deposit as of now.”