Increased political support against nuclear power has gathered some momentum in Switzerland, just as Germany may be discovering that increased financial and social costs for replacing nuclear power with a source of secure base load electricity plants might be less palatable. 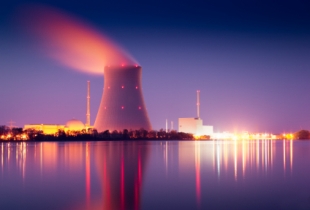 Increased political support against nuclear power has gathered some momentum in Switzerland, just as Germany may be discovering that increased financial and social costs for replacing nuclear power with a source of secure base load electricity plants might be less palatable.

The Council of States, Switzerland’s upper house has temporarily decided to ban new nuclear developments, in a recent vote pertaining to the potential phase out for the domestic nuclear industry.

Currently, Switzerland operates five nuclear power plants generating approximately 38 percent of its electricity from nuclear sources, a decline from about 43 percent in 2007.  As with many European countries, a long history of political and social debate over nuclear power has persisted with the latest political results indicating unfavorably for the industry.

In May, following the Japanese earthquake, the Swiss cabinet launched political propositions to ban the construction of new nuclear power plants. Under this drafted policy, operational nuclear facilities that did not comply with safety regulations would be immediately shut down. The legislation followed a new approach to energy policy that was less dependant on nuclear, focusing on the employment of renewable energy and “energy efficiency measures.”

Investors will note that Senator Filippo Lombardi cautioned that successive political heirs might still approach energy solutions differently, even if the council decided to permanently ban nuclear power plants. There will be nothing to stop parliament “in twenty years” to reconsider any such policy decisions.

Germany to reconsider its costly decisions ?

According to some analysts Germany will become a net importer of about 4 terawatt hours of power by the end of the year following a reported export of 14 terawatt hours for the previous year as a result of nuclear policy change. Germany could employ euro reserves to obtain electricity from neighboring countries to reconcile energy deficits in transitioning the world’s fourth largest economy to alternative non-nuclear energy solutions. The potential supply could come from neighboring states which include Austria, the Czech Republic and France; however, the Czech Republic generates 33 percent of its electricity from nuclear power plants and France generates almost 75 percent of its electricity from nuclear sources. The Dena Energy Agency, a research institute partly owned by the German government, has estimated that Germany will have to spend nearly $14.3 billion over the next decade to upgrade its electrical grid if the country is to stop using neighboring networks.

It’s not easy being green

Major European electrical utility EOn (PINK:EONGY) has announced that up to 11,000 jobs may be lost as the German based electricity provider complies with the new nuclear policy. Johannes Teyssen, Chief Executive Officer of EOn Group noted in an interview last month with World Nuclear News “Obviously we’re taking legal action against the nuclear fuel tax, which we believe is unlawful. And obviously we’ll quantify the financial damage caused by the early shutdown of our nuclear power stations and present these figures to Germany’s political leadership.”

The three other utilities operating nuclear power plants in Germany have also recorded write downs for the most recent reporting period, with the net results combining to over $6 billion. The aggregate total includes losses for EOn, EnBW (ETR:EBK), RWE (PINK:RWEOY) and Vattenfall, with respective losses of approximately $2.4, $0.9, $1.3 and $1.6 billion.

In August, Johannes Teyssen, told analysts and investors, “on the political front, decisions to reverse the lifetime extension of nuclear energy within weeks [of the Japanese earthquake] in Germany only illustrates the broader trend towards increased government decision and intervention. It is in this environment that we have to face the workers, never the less we do not simply accept an even lower profitability in the short term and stagnation in the longer term. Quite the reverse, it is especially in those times where strategy and especially stringent execution makes a difference.”