A government and industry partnership to downblend Russian weapons-grade uranium to low enriched uranium for supply to USEC`s customers as commercial reactor fuel has presently eliminated the equivalent of 16,000 nuclear warheads by recycling 400 tonnes of uranium. 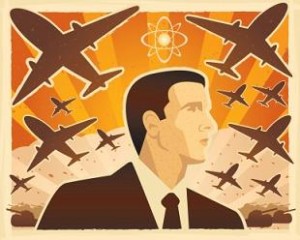 Last week, USEC Inc. (NYSE: USU) announced that a government and industry partnership to downblend Russian weapons-grade uranium to low enriched uranium for supply to USEC`s customers as commercial reactor fuel has presently eliminated the equivalent of 16,000 nuclear warheads by recycling 400 tonnes of uranium.  The Megatons to Megawatts program has been in operation since 1995 and is on track to complete the downblending of the equivalent of 20,000 nuclear warheads into commercial nuclear fuel by the end of 2013.

The U.S. Department of Energy’s National Nuclear Security Administration (NNSA) is the U.S. lead agency on the program and is working to reduce nuclear risks by monitoring the conversion of Russian highly enriched uranium at several sites in Russia.

The fuel generated to date could produce enough electricity to meet the demand for a city the size of Boston or Seattle for approximately 610 years and is the energy equivalent of more than 9.8 billion barrels of oil or nearly three years of U.S. crude oil imports.

USEC`s subsidiary, United States Enrichment Corporation, as executive agent for the U.S. government has paid JSC Techsnabexport (TENEX) more than $6.7 billion for the Separative Work Units (SWU) component of the low enriched uranium over the last 15 years. The total amount paid to Russia through the 20-year life of the contract is expected to exceed $8 billion. USEC also supplies natural uranium to TENEX in exchange for the uranium component of the low enriched uranium.

Literature, cartoons, and drama have long considered the Russian bear as a symbol of nationalism to depict the culture, and current events in the uranium industrial complex appear to reinforce the concept of such a powerful and intimidating presence.  In the competition of securing national energy sources, Khan Resources Inc. (TSX:KRI) has now filed a statement of claim against 2 Russian joint stock companies for $300 million.  Many investors will be familiar with this unfolding story as it has been developing for more than a year.

The filing seeks damages from Atomredmetzoloto JSC (ARMZ) and its affiliate JSC Priargunsky Industry Mining and Chemical Union (JSC PIMCU) for breach of fiduciary duties as one of Khan’s joint venture partners and a shareholder of Central Asian Uranium Company, LLC (CAUC) and general damages resulting from their unlawful interference with the plaintiffs’ economic relations and business interests.

The statement of claim alleges, among other things, that the harmful conduct of ARMZ and it affiliates, namely in “seeking to establish a joint venture with the Government of Mongolia over the Dornod uranium region without regard to Khan’s rights and interests, impugning the legitimacy of Khan’s interests in Mongolia, interfering with its economic relations with MonAtom LLC (Khan’s other joint venture partner in CAUC and the Mongolian state-owned entity with which Khan sought to pursue a strategic transaction), and interfering with the competing and superior take-over bid by CNNC Overseas Uranium Holding Ltd., all with the goal of eliminating Khan’s interests in Mongolia”, has resulted in substantial damage for Khan, its subsidiaries and its shareholders.

Earlier in the year, ARMZ obtained a controlling stake in Uranium One (TSX:UUU) , in exchange for stakes in two uranium mines in Kazakhstan and $610 million in cash.

The 35th Annual World Nuclear Association (WNA) Symposium is scheduled to take place in London from Wednesday to Friday of this week.  The conference promises to be relevant to investors and anyone with a stake in the world’s clean energy future with senior executive level attendance expected from the major nuclear corporations and from many non-governmental organizations. In recent years, symposiums have attracted participants from outside the industry, such as government policy-makers, regulators, financial and legal specialists, researchers and academics. This year’s theme will be “Building the Nuclear Future: Challenges and Opportunities.”

Activity in the spot uranium market slowed significantly this week, as only two transactions were reported in the spot uranium market. The slowdown in activity came about as the spread in prices between willing buyers and willing sellers grew over the course of the week. Buyers have shown a willingness to pay higher prices, but sellers are limited and current supply for 2010 delivery is relatively thin. As a result, TradeTech’s Uranium Spot Price moved in line to reflect last week’s demand pressure at $48.00 per pound of uranium.