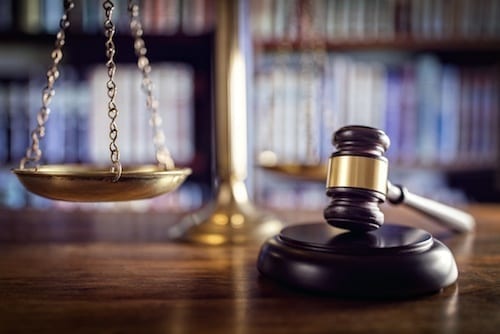 The uranium producer had applied to recover C$20.5 million in legal fees and an additional C$17.9 million in disbursements.

International uranium major Cameco (TSX:CCO,NYSE:CCJ) has been awarded C$10.25 million by the Tax Court of Canada for legal fees stemming from a long-running dispute over tax reassessments by the Canada Revenue Agency (CRA).

The tax court ruled in favor of Cameco on the tax reassessment case, which dated back to 2008, in September 2018. The CRA had raised concerns over Cameco’s pricing methodology and decided to reassess the company’s 2003, 2005 and 2006 tax returns.

The uranium producer then applied to recover C$20.5 million in legal fees and an additional C$17.9 million in disbursements.

“I am pleased to see that we have been awarded C$10.25 million for legal fees and we are optimistic that we will recover all or substantially all of the C$17.9 million in disbursements,” Tim Gitzel, Cameco’s president and CEO, said in an announcement on Tuesday (April 30).

The CRA lodged an appeal on the tax reassessment case in October 2018, but the Federal Court of Appeal is not expected to make a decision on that until two years from the appeal date.

The U3O8-focused company also released its Q1 results on Wednesday (May 1). Like many expected, the low spot prices that have impacted the sector have also weighed heavily on the world’s largest uranium producer, which reported a net loss of C$18 million for the quarter.

Weak uranium prices forced the company to indefinitely shutter its McArthur River mine and Key Lake mill last year. However, the company remains optimistic that the market will strengthen in the coming months and years.

“We see growing support for nuclear, and, with more than 50 reactors under construction, demand is certain and predictable,” Gitzel noted in the Q1 report.

“However, supply is uncertain and declining. We have seen meaningful production cuts and reductions in producer inventories, which has led to increased demand for uranium in the spot market from producers and financial players.”

Analysts have long stated that a spot price of at least US$50 a pound is needed to get shuttered projects back open and new developments off the ground. The current U3O8 spot price is just half of that, at US$25.25.

Despite the price sliding slightly from its US$28 mark earlier this year to its current level, Cameco is confident a shortage is imminent and demand will likely spike as reserves deplete.

Getting ahead of the demand crunch, Cameco has been in talks with “some of (its) best and largest customers” regarding supporting the company’s tier one assets over the long term.

“These customers are recognizing the risk over-reliance on finite sources of supply poses to security of supply longer term and want first mover advantage,” explained Gitzel. “In light of market access and trade policy issues affecting our market, they are increasingly looking for stable commercial suppliers with long-lived assets and a proven operating track record.”

Shares of Cameco were down 3.06 percent on Wednesday, trading at C$14.46 in Toronto.

CanAlaska Uranium: Developing an Exploration Package in the Athabasca Basin
Uranium Mining in the US
10 Top Uranium Mines in the World
The Uranium Market is Heating Up — Is it Time to Get In?