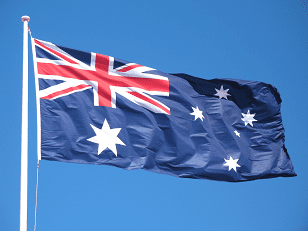 Australia is the world’s third largest uranium producer, but Australian mining companies operate around the world as well. Here’s a look at some of those companies.

Australia, the world’s third largest producer of uranium, hosts the largest endowment of uranium resources in the world, making up approximately 31 percent of global totals.
The country has been mining uranium since 1954, with several currently operating and more on the way. However, Australia produces uranium in other countries as well.
Although the country currently doesn’t use nuclear power, Australia produced 6689 tonnes of uranium in 2015, putting it behind only Kazakhstan and Canada, according to the World Nuclear Association (WNA). Despite the uranium spot price having a difficult year, it is still in high demand.
Before we dig deep into the uranium Australia mines around the world, let’s take a quick look into some of its current operating mines within the country.

Big news is happening with A-Cap Resources: it’s set to build the first ever uranium mine in Botswana, with a capital expenditure of $351 million after passing an environmental assessment.  A-Cap submitted the application for a mining license last August with plans to open a pit mine with a lifespan of more than 18 years.
Botswana is estimated to hold approximately 1.04 billion tonnes of uranium reserves. Over the last decade, no production has taken place because its government issued several prospecting licenses.

Toro currently holds exploration projects in Africa and investments in Strateco Resources in Quebec. In Namibia, Toro holds a joint venture partner with Deep Yellow (ASX:DYL), another Australian uranium exploration company and together have three exploration licenses located throughout Namibia.
Furthermore, the company has proclaimed they are working towards becoming Australia’s next uranium producer with the development of a mine in Wiluna.

Peninsula Energy commenced operations in December 2015 at its Lance Projects in Wyoming and is currently progressing its Karoo Uranium Projects in South Africa through feasibility.
In the company’s quarterly activity report released in April, minimum sodium bicarbonate levels were achieved in March at the Lance Uranium project, increasing the rate of uranium extraction.

Paladin Energy currently has projects in Australia, as well as two mines in Africa. It has completed a stage 3 expansion at theLanger Heinrich project and is producing 5.2 million pounds of uranium per annum.
The company’s second mine, the Kayelekera Mine in Malawi, has been placed on care and maintenance due to low uranium prices until there is an improvement in price.

Since listing in 2006, Aura Energy has rapidly grown to include major uranium projects with large resources in Europe and Africa. The company has also acquired projects with known uranium occurrences such as Sweden.
Currently, Aura’s focus is on the Häggån Project, located in Sweden’s Alum Shale Province, one of the largest depositories of uranium in the world. It also holds the Reguibat Province in Mauritania.
Aura noted in its quarterly report for 2016 that the Häggån Project has the potential to be a large low cost uranium producer and coverage, noting that the tenement coverage for the project had expanded significantly during the quarter. Two additional exploration permits were granted adjoining the company’s existing permits.


Give me my free report!
Don’t forget to follow us @INN_Resource for real-time news updates!
Securities Disclosure: I, Jocelyn Aspa, hold no direct investment interest in any company mentioned in this article.
Editorial Disclosure: Toro Energy and Peninsula Energy are clients of the Investing News Network. This article is not paid-for content.

4 responses to “Australian Uranium Mining Around the World”