South Korea’s biggest electricity provider, Korea Electric Power Corp., is in talks to buy uranium assets from Australia this year in order to meet demand for nuclear operations. Last year KEPCO began investing in foreign mining operations, with the objective to buy uranium mines that are in the construction stage. 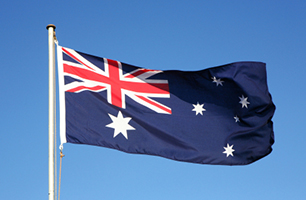 Chung Jae Wan, General Manager of the Energy Resources team for KEPCO explained that South Korean uranium demand is expected to double to 8,000 metric tonnes a year by 2020 with the country planning to add eight atomic plants by 2016.  The country currently imports about 97 percent of its energy requirements, operating 20 nuclear power plants and sourcing uranium mainly from Canada, Australia, and Kazakhstan.

Last year, Kepco began investing in foreign mining operations with the objective to buy uranium mines that are in the construction stage.  Mr. Chung said Kepco is “taking steps” to increase its holdings in uranium resources. “We will need one or two investments in uranium mines every year,” he said. Kepco is planning to obtain stakes in uranium mines in Africa, Mongolia, Australia, and Europe.

The market has responded positively to the recent developments for the integrated electric utility company with share prices increasing over 8.84 percent over the previous session close.  The company currently has a market capitalization around $18 B and has exposure to nuclear and hydro electric power generation.

Israeli Deputy Prime Minister, Moshe Yaalon indicates Israel is in a proxy war with Iran due to its sponsorship of Lebanon’s Hezbollah guerrillas and the Palestinian Islamic movement Hamas.  Although Iran has been a major oil producer for decades, its’ stated intentions for obtaining enriched uranium are to generate electricity and to keep its nuclear medicine program running.

On the weekend, Iran expressed optimism about Turkish and Brazilian mediation efforts in its nuclear dispute with the West, welcoming in principle thoughts aimed at reviving a stalled nuclear fuel deal with major powers.  Last week, the Obama administration accused the Islamic Republic of trying to buy time by accepting Brazil’s offer to mediate and said the US would not be deterred in a push for punitive UN measures against Iran.

Cameco said it aimed to boost uranium production as nuclear power gains global prominence as a source of low-emissions electricity production.  The company’s Chief Executive Officer, Jerry Grandey said during a conference call, “The nuclear renaissance is unfolding in Asia, getting traction in the developed world and emerging in many other countries.  At last count there were 53 plants under construction with many more planned.” The company plans to nearly double uranium production to 40 million pounds annually over the next 8 years in response to rising demand for nuclear fuel as nuclear power generation capacity expands.  The company has announced that a presentation by Mr. Grandey at the Bank of America Merrill Lynch 2010 Global Metals and Mining Conference is scheduled for May 11 at 2:05 PM EST and will be available by webcast.

On May 10, Uranium One Inc. (TSX: UUU) reported mixed operational and financial quarterly results.  The company, recorded quarterly attributable production of 1.8 million pounds during the period, an increase of 147 percent from the production result year over year and 49 percent higher than production during last quarter.  However, revenue of $35.5 million was 17 percent lower compared to revenue of $43.0 million year over year due to a decrease in both volumes sold and the average realized uranium price.  An increase in total average operating expenses, combined with the decreased revenue, resulted in a 44 percent decrease in earnings from mine operations.  The share price climbed in the morning to $2.50 before the earnings release, which following downside pressure on lower volumes has constrained the current valuation in the range of $2.40.