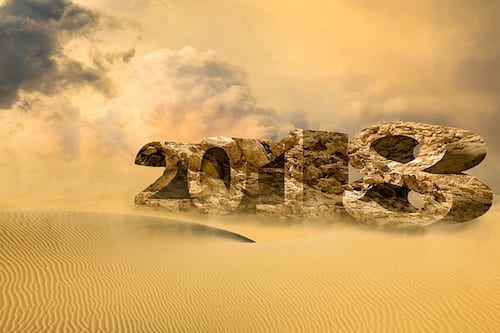 2018 saw hope and attention return to the uranium market as supply fell and demand rose. Here are our top uranium news stories of the year.

At the end of 2017, many uranium market participants were calling for improvements in the industry — and with 2018 close to an end it’s safe to say those predictions were accurate.

Over the last year, the U3O8 spot price has risen about 40 percent, and more growth is predicted moving forward. Unsurprisingly, our most popular uranium news stories of 2018 focus on market predictions and commentary from experts on potential catalysts.

Scroll on to see which of our uranium articles received the most attention in 2018. And let us know in the comments what uranium news stories grabbed your attention this year.

Our top uranium news story of the year is an interview with Leigh Curyer, CEO and director of NexGen Energy (TSX:NXE,NYSEAMERICAN:NXE). Speaking at the PDAC convention in March, he suggested that uranium prices would rise in 2019 and 2020, spurred on by major supply cuts.

“It’s commonly thought by most market analysts that we’ll start seeing some movement this calendar year, and then … the situation will start to really exacerbate in 2019 and 2020,” he said, adding, “since NexGen was incorporated in 2011 … I haven’t been more confident going into a calendar year with respect to not only a project, but also the fundamentals for uranium and higher prices.”

In April of this year, Russia responded to US sanctions by drafting legislation that would allow bans or restrictions on imports of a slew of US goods and services. Notably, the draft bill also called for a halt in trade between US nuclear power companies and Russia’s state-owned nuclear company Rosatom.

At the time, Mike Alkin of the Stock Catalyst Report made the point that “[the US imports] half of their uranium from Russian and Russia-friendly countries. They import 95 percent, but half of that is Russian, Russian friendly.” He described the possibility of Russia cutting uranium supply to the US as “a huge risk.”

Russia has not yet imposed such sanctions on the US, although in August the US introduced a bill that includes restrictions on Russian uranium imports, among other things.

Back in January, resource industry veteran Rick Rule of Sprott (TSX:SII) suggested that 2018 could be “the year that uranium turns” — although he also reminded investors that uranium is “a when market — there’s no doubt [a turnaround is] going to happen” at some point.

With 2018 nearly at a close and the U3O8 spot price up significantly, it’s safe to say progress has been made. With more gains predicted in the future, Rule’s advice for investors still holds: “[don’t] worry so much about uranium as worry about your own reaction to the market and determine whether you do or do not … have the mental discipline to stand volatility.”

Speaking at November’s New Orleans Investment Conference, Lobo Tiggre, CEO of Louis James LLC, added clout to the idea that 2018 has been the turnaround year for uranium — when asked if 2019 will be its time to thrive, he commented, “I would say 2018 has already been the year.”

He is liking the metal’s steady climb, and noted, “uranium has been going up and down, but up more than down. And I think that’s very important … my technical friends tell me that this is exactly what we want to see — carving out a bottom where we have a series of higher highs and lower lows.”

Like Rule, Mercenary Geologist Mickey Fulp also described uranium as a “when” story earlier this year. He said at the Mines and Money conference in May, “I know it will happen, [and] I know when it happens based on previous experience that the uranium price will increase very quickly.”

In a more recent conversation about uranium, Fulp forecasted “a continuing increase in the spot price” in 2019 on the back of “higher demand as new reactors come online and more Japanese reactors restart and US utilities begin to enter the market for long-term contracts.”