Mitt Romney, the Republican candidate in the US presidential race, is proposing an energy plan that would give states more power to drill for oil and gas on federal lands. While the strategy is being lauded for its potential to cut US dependence on foreign oil, it is not without its critics. 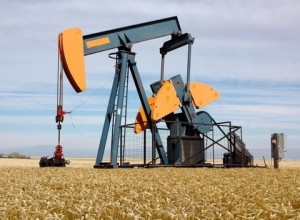 As part of an effort to boost domestic oil, coal and natural gas output and achieve energy independence by 2020, Republican presidential hopeful Mitt Romney has unveiled an energy plan that would give individual states the power to determine whether drilling should occur on federal lands within their borders.

In a campaign white paper, Romney outlined an energy vision built around two main points: North American domestic oil and domestic natural gas. “This is not some pie-in-the-sky kind of thing,” Romney said during a recent speech. “This is a real, achievable objective.”

In his speech, Romney proposed boosting US fossil fuel production by allowing individual states to have more influence over what they want to do with their energy reserves. The proposal, if it comes into play, could have a fundamental effect on the global oil market. Romney believes his changes could assist the US in becoming energy-independent by 2020 via increased domestic oil production, with the country’s only imports coming from “allies” Canada and Mexico.

“The net-net of all this, as you can see, is by 2020, we’re able to produce somewhere between 23 million and 28 million barrels per day of oil, and we won’t need to buy any oil from the Middle East or Venezuela or anywhere else where we don’t want to,” Romney said in New Mexico, The Washington Post reported.

While his speech was conducted with a rather simplistic approach, a number of factors — namely the continued growth of shale deposits and the acceptance of the Keystone XL pipeline, a proposal that President Obama temporarily rejected earlier this year — would have to work in Romney’s favor if his plan is to succeed. Romney added that he believes oil production throughout North America can more than double over the next decade.

No shortage of critics

While some hail the plan as a positive step for the country’s energy needs — in that it will severely cut US dependence on foreign oil sources — it has also met with opposition. Congressman Ed Markey, ranking Democrat on the Natural Resources Committee, described it as a “gift” for the domestic oil sector, but added that it would put alternative energy in jeopardy.

“Mitt Romney has finally released his energy plan and not surprisingly given the fact that he met with the oil barons just two days ago in Texas, it is a plan which says that it is not ‘all of the above,’ but ‘oil above all,’ that it is a plan that gives the oil industry everything that it has ever dreamed of,” the Boston Herald reported Markey as saying.

“This isn’t a recipe for energy independence,” added Obama campaign spokeswoman Lis Smith, in USA Today. “It’s just another irresponsible scheme to help line the pockets of big oil while allowing the U.S. to fall behind and cede the clean energy sector to China.”

Political debate has been heating up leading into the election, with both parties questioning the economic viability of domestic oil production versus job creation.

“As the Obama administration wages war against oil and coal, it has been spending billions of dollars on alternative energy forms and touting its creation of ‘green’ jobs. But it seems to be operating more on faith than on fact-based economic calculation,” Romney’s campaign page states. “The ‘green’ technologies are typically far too expensive to compete in the marketplace, and studies have shown that for every ‘green’ job created there are actually more jobs destroyed. Unsurprisingly, this costly government investment has failed to create an economic boom.”

Meanwhile, at least one federal department has suggested that Romney’s claim that 62 percent of current national crude reserves are off limits is misleading. Romney is correct in assuming that the federal government is sitting on a vast quantity of oil and gas — approximately 175 billion barrels of oil equivalent (Boe) — according to the Congressional Budget Office (CBO); however, the CBO added that the figures purveyed by the Republican front man are overly optimistic.

According to a report by the The Globe and Mail, the CBO stated that Romney’s figures are based on outdated figures from as far back as 2008 that have since been greatly reduced. It concluded that up-to-date data suggests that approximately 70 percent of all resources are in fact currently available to explorers — almost double the amount outlined. The report also points out that merely granting access to explorers will not guarantee that companies will take a project to production phase. Further, more than half the land leased onshore, and almost three-quarters offshore, is not yet generating any oil or gas, according to the Department of the Interior. The CBO concluded that since US federal land accounts for only a third of current crude production, opening up the final tracts will not dramatically boost national output.

Not a solution to oil price volatility

Critics have also argued that even if such an approach to North American crude allowed the US and its Mexican and Canadian partners to meet their domestic needs for oil, it would not free the country from price instability. The fact remains that regardless of whether the US sources its own reserves, oil is fundamentally a global commodity that is at the whim of the international marketplace. While shifting imports from the Middle East to Canada might be good for politics, there is expected to be minimal relief at the gas pump. As The Washington Post points out, even consumers in Canada, an “oil-independent nation” and net oil exporter, must pay gas prices that rise and fall according to world events, just as consumers do in Japan, Europe and the US.

The result of Romney’s proposed energy plan remains to be seen. Many will be viewing the proposal as nothing more than propaganda from a potential president-elect; however, if this plan comes into effect, investors will certainly be exposed to a vastly-altered investment landscape. If these potential reserves are made available and production increases as outlined, those exploration companies that find themselves within these federally-designated areas will be sure to prosper. With the coming November election, and global crude prices on the rise, investors will be watching the North American oil scene with greater interest over the next 18 months in order to gauge exactly what is to become of the North American domestic oil market.