Anadarko’s new estimate of a gas find could make them an illustrious company among some of Africa’s top gas producers. 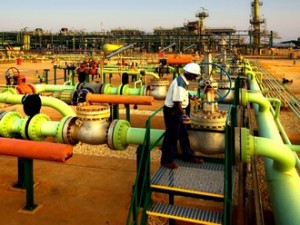 Mozambique’s potential as a top natural gas hotspot was given a further boost last week after Anadarko Petroleum Corp. (NYSE:APC) upgraded its estimate of a previous offshore find from 10 trillion cubic feet (tcf) to 15-30 tcf.

Anadarko had already revised its initial estimates of 6 tcf for the Windjammer, Barquentine, Lagosta and Camarão complex in the Area 1 block to 10 tcf on October 5 after drilling the Camarão appraisal well, but following its latest Barquentine-3 appraisal well it now believes the complex could hold as much as three times that in recoverable resources.

In a November 28 press release, Andarko’s CEO, Jim Hackett, called the find “one of the most important natural gas fields discovered in the last 10 years,” and if proven, the high end of the new estimate would turn Anadarko into an illustrious company among some of Africa’s top gas producers following a giant discovery by Eni S.p.A. (NYSE:E) in October.

The Eni find at the Mamba South 1 prospect in the Area 4 block was initially reported as 15 tcf, but this was subsequently revised to 22.5 tcf.

The scale of the two discoveries has stoked ambitious discussion on the development of East Africa’s first LNG facilities.

KBR Inc. (NYSE:KBR) were awarded a contract by Anadarko in August to carry out an engineering and design study for a prospective LNG plant in Mozambique, with a final investment decision scheduled for 2013.

Anadarko President and COO, Al Walker, noted in the company’s announcement last Monday that “recoverable resources of this size and quality are perfectly suited for a large-scale LNG development, which is currently being designed to consist of at least two trains with the flexibility to expand to six trains.”

Anadarko’s Japanese partner Mitsui revealed the following day that it was hoping to sell 5 million tonnes per annum (mtpa) of LNG to Japan from the initial two-train project once it started operations, possibly as early as 2018.

Eni have also discussed developing an LNG facility, with CEO Paolo Scaroni telling the Financial Times in October that the size of Eni’s find could justify the construction of up to three LNG trains, which would likely send a majority of supply onwards to Asian markets.

“Mozambique is very well placed to serve the Pacific market–India, China, Thailand– which is the region where consumption of gas is growing most rapidly and prices are highest,” Scaroni said.

Scaroni added that Eni “have the means to go it alone,” when asked if the Italian firm would be developing the plan LNG facilities with its joint venture partners in a conference call on October 20.

The two discoveries rank as the largest operated finds for both Anadarko and Eni.

Mozambique’s four remaining offshore blocks are leased to Statoil ASA (NYSE:STO) and state-owned Petronas of Malaysia, who hold two blocks apiece further down the coast. Statoil hold a 90 percent interest in Areas 2 and 5, directly to the South of 1 and 4, while Petronas also have a 90 percent in Areas 3 and 6.