BP and Reliance Industries intend to create a joint commercial interest to purchase, transport and market oil and natural gas. This partnership could prove important for the Indian economy. 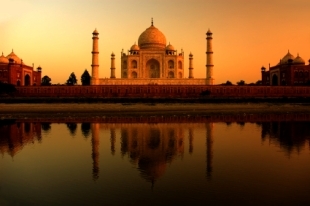 Top 10 oil producer BP Plc (NYSE:BP) indicated that it would pay $7.2 billion to buy into India’s fast growing oil and natural gas business, the company’s second big deal in two months. The transaction would mean that BP will take a 30 percent stake in 23 oil and natural gas fields operated by Reliance Industries, India’s largest private company. The two companies intend to create a joint commercial interest to purchase, transport and market natural gas, which has become increasingly important for the Indian economy following last year’s growth of over 8 percent. Last month, BP signed a $7.8 billion agreement with Rosneft of Russia to drill in the Arctic representing the first big investment by the company since its oil spill in the Gulf of Mexico last year.

India currently imports most of its oil and has opened considerable regions of territory to oil and natural gas development in recent years. Reliance Industries has become India’s largest producer of natural gas because of a rich offshore field in the Bay of Bengal near the state of Andhra Pradesh. For Reliance, this deal would provide the large scale oil and natural gas expertise that it needs as it explores and produces in fields that cover 270,000 square kilometers and cash for operational contingencies. Recorded output on Reliance’s most productive natural gas field in the Bay of Bengal has declined in recent months, which has concerned policy makers and analysts who have forecasted expectations on a stable energy source to fuel power plants and fertilizer factories.

In addition to its interests in Indian exploration, Reliance has been investing in shale gas fields in the United States, including a joint venture with Atlas Energy (NASDAQ:ATLS) to drill in the Marcellus Shale. Shale gas has offered the United States a greater energy supply with a smaller carbon footprint. It accounts for 15 to 20 percent of U.S. gas production, but that number is expected to grow to four times as much in coming years. The gas has attracted companies even when prices and energy demand were higher, so with technological advances in drilling capabilities it is even more compelling and easily attainable.

As Middle Eastern turmoil has fueled concern that shipments from the region may be disrupted, the price of oil has risen to a two year high. Brent crude prices for April delivery in London exceeded $105 a barrel, the highest for a contract closest to expiration since Sept. 22, 2008. On the New York Mercantile Exchange (NYMEX), crude advanced as much as $4.76 to $94.47 a barrel in electronic trading.

On Sunday, Libyan leader Muammar Qaddafi’s son warned that a civil war would risk the country’s oil wealth as security forces attacked dissenters, reportedly killing more than 200 protesters. Mike Fitzpatrick, New York based energy analyst, and a former futures broker at MF Global said “prices gyrate wildly with each new headline. If more moderate and friendly-to- the-West governments like Jordan or Bahrain topple, $100 may not be so ridiculous as it seemed only a few days ago.” Other analysts agree that the current wave of geopolitical uncertainty is affecting both expectations of potential volatility in immediate oil flows and the longer-term implications of a more uncertain investment climate. Investors will note price swings are also likely to be in focus at the International Petroleum Week conference in London this week, attended by oil brokers and traders from companies and oil producing state agencies.

Top Stories This Week: Fed Meets and Gold Price Drops, US Steps Up EV Efforts
EV Infrastructure in the US the Next Challenge for a Growing Industry
Discussing Small-scale Nuclear with Atomic Energy of Canada
Top Rare Earth Reserves by Country