The oil spill liability could extend well beyond British Petroleum as Transocean Ltd., Halliburton Co. and Cameron International Corp. all had some exposure to this series of current events. 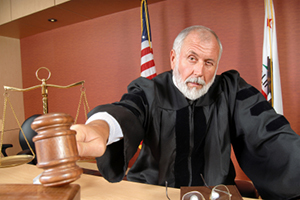 By Dave Brown – Exclusive to OilInvestingNews.com

As the fifth week of extensive coverage of the British Petroleum (NYSE: BP) well spilling oil into the Gulf of Mexico continues, speculation of a prolonged and unavoidable criminal investigation grows.  The liability could extend well beyond BP as Transocean Ltd (NYSE:RIG) operated the Deepwater Horizon rig drilling the well, Halliburton Co. (NYSE: HAL) did cementing for the well, and Cameron International Corp. (NYSE: CAM) provided the blowout preventer that is designed to stop an uncontrolled flow of oil and gas.

For his part, Louisiana State Governor Bobby Jindal has called on the White House and BP to either secure the oil spill or “get out of his way.”  The oil has already hit more than 65 miles of shoreline, and the slick is now as big as Maryland and Delaware combined.

University of Michigan Law School professor and previous head of the Justice Department’s environmental crimes section, David Uhlmann commented, “There’s no question that there will be a criminal investigation and it’s also a virtual certainty that there will be a criminal prosecution of at least some of the companies involved.  If BP is one of the defendants, and they certainly are a likely defendant, BP has a significant history of violations that Exxon did not, and that’s going to run the numbers higher”.

After the Alaskan oil spill in 1991, Exxon (NYSE: XOM) paid just over $1 billion in damages and penalties to settle criminal and civil charges the Justice Department brought against the oil giant.  The $125 million in criminal penalties Exxon paid was the largest of its kind at that time in history including violations of the Clean Water Act, the Refuse Act and the Migratory Bird Treaty Act.

On Monday, Turkmenistan President Gurbanguly Berdimuhamedov, began a three-day visit to India meeting with Oil Minister Murli Deora along with the oil secretary and executives from state-run firms. As Asia’s third-largest oil consumer, India has been aggressively scouting for overseas oil and gas assets to meet its supply deficit.

A Turkmenistan-Afghanistan-Pakistan- India (TAPI) pipeline, valued at $4 billion, has long been discussed by governments and energy companies, but the continued instability in Afghanistan has made construction or even planning impossible. Mr. Deora said India has also offered to set up a petrochemical plant in Turkmenistan, if gas supplies are guaranteed.

The price of crude oil tumbled on concern that Europe’s debt crisis will spread and geopolitical tension with the Korean peninsula has prompted investors to sell riskier assets. On Tuesday morning trading crude oil for July delivery fell to $68.26 a barrel on the New York Mercantile Exchange, a 2.8 percent drop from the pervious session’s close.

Kyle Cooper, a Managing Director at IAF Advisors in Houston suggested “What oil does still hinges on what the dollar and the equity markets do.  I don’t see how that relationship will break down anytime soon. Nymex crude oil is primarily a financial asset, not a commodity.”  There are some analysts that believe that if the dollar continues to strengthen, the price of oil may fall below $60 a barrel, which would certainly concern the ministers of the Organization of Petroleum Exporting Countries.

Many Analysts expect that the Energy Department report tomorrow may show that U.S. crude-oil stockpiles rose last week. Eight of the respondents forecasted a raise, seven estimated a decline and one said there was no change with the median expectation of a 125,000 barrel increase. Oil investors will also be interested in the industry-funded American Petroleum Institute scheduled to release of its own inventory report in Washington, D.C.

North America Playing Catch Up on Battery Megafactories Front
Potash Fertilizers: What’s the Difference Between SOP and MOP?
EV Infrastructure in the US the Next Challenge for a Growing Industry
What Was the Highest Price for Copper?