Prices are expected to rise, initially pushed higher by increased gas demand for cooling, as Senior Meteorologist Joe Bastardi of AccuWeather.com predicted this summer to be the “hottest summer since 2005 for much of the nation” and later from increased demand in industrial and power generation. 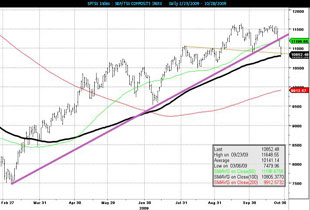 The Henry Hub natural gas spot price ended trading on May 28, at $4.31 per million Btu (MMBtu), an increase of $0.09 or 2.1 percent over the previous session. Many analysts suggest that natural gas prices are historically low due to a supply surplus with last week’s production data lending support to this thesis.

Contrary to expectations of production declines because of a reduction in drilling activity last year, domestic marketed production remains strong at over 60 Bcf per day, according to estimates from BENTEK Energy Services. In particular, production increases have been recorded from unconventional gas fields including the Marcellus Shale in the Northeastern Appalachian region and the Haynesville Shale in Louisiana.

Overall supply levels during the report week were about 2.9 percent higher than last year. Front month gas prices are down more than 22 percent this year. For the week ended May 21, U.S. natural gas supplies stood at 2.3 trillion cubic feet, almost 16 percent above the five-year average.

Prices are expected to rise, initially pushed higher by increased gas demand for cooling, as Senior Meteorologist Joe Bastardi of AccuWeather.com predicted this summer to be the “hottest summer since 2005 for much of the nation”  and later from increased demand in industrial and power generation.

The restructuring of Algerian national oil company Sonatrach amidst the suspension of the chief executive officer and the vice presidents for marketing, upstream and pipeline transportation in January has led to a dismissal of Algerian Energy Minister Chakib Khelil. Some analysts suggest that the Ministry for Energy and Mines was marred by the failure of the Minister’s efforts to clamp down on illegal activities by the senior officials, persuade fellow gas exporters to shore up prices by cutting supply and open the Algerian hydrocarbons industry to foreign investment.

In a May 28 cabinet reshuffle, President Abdelaziz Bouteflika appointed former Oil Minister Youcef Yousfi to replace Khelil.  During Khelil’s leadership, Algeria began exporting liquefied natural gas to the U.K.’s Isle of Grain in 2005, the first such shipment in 40 years. He was also responsible for the construction of an underwater pipeline that will transport 8 billion cubic meters of gas a year from Algeria to Spain starting in September.  Analysts would like to see Yousfi make entry terms more favorable for exploration and production activities for international oil companies and increase the  price flexibility of gas exports.

Private-equity investor Kohlberg Kravis Roberts has agreed to sell most of Pennsylvania-based East Resources, an explorer of natural gas, for $4.7 billion in cash to Royal Dutch Shell (NYSE:RDS.A).  East Resources’ primary activity is focused on the Marcellus Shale, with about 650,000 net acres of highly contiguous, operated acreage.  Overall, the company possesses 1.05 million net acres of acreage and produces about 10,000 barrels oil equivalent per day, mostly in natural gas.

Shale gas has offered the United States a greater energy supply with a smaller carbon footprint. It accounts for 15 to 20 percent of U.S. gas production, but that number is expected to grow to four times as much in coming years.  The gas has attracted companies even when prices and energy demand were higher, so with technological advances in drilling capabilities it is even more compelling and easily attainable.

British Petroleum’s (NYSE:BP) Chief Executive Officer Tony Hayward has called shale gas a “complete game changer.”  Earlier this year at the World Economic Forum Mr. Hayward said, “It probably transforms the US energy outlook for the next 100 years. It’s yet to be seen if it can be applied globally.”

3 Things Warren Buffett Has Said About Gold
Ways to Invest in Oil
7 US Biofuel Stocks
Investing in Election Season: The Polls to Watch in 2020, Part 1