The Trans Alaska Pipeline was shut down on Saturday following the discover of a leak at an intake pump station at Prudhoe Bay, constricting supply in one of the United States’ key oil arteries. Cold weather in the Northeast during December translated into 5 consecutive stock draws in the Central Atlantic, while New England stocks fluctuated during the month. 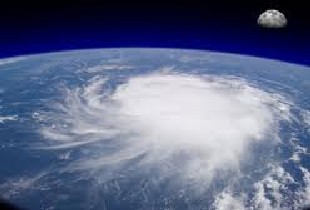 The Trans Alaska Pipeline was shut down on Saturday following the discover of a leak at an intake pump station at Prudhoe Bay, constricting supply in one of the United States’ key oil arteries.  Alyeska Pipeline Service Co.is the operator of the 1,280 kilometre line which runs from the Prudhoe Bay oilfield to the tanker port of Valdez. The company is owned by a consortium of oil companies with interests on Alaska’s North Slope, the third largest U.S. oil producing region after the Gulf of Mexico and Texas. The pipeline carries between 12 to15 percent of U.S. crude output. The incident for the 33 year old oil artery is the latest on record since an electrical outage during scheduled maintenance caused crude oil to overflow at a storage tank at a pump station, dumping approximately 5,000 barrels from the tank into a lined containment area on the ground at the end of last May. Major owners in the region include ExxonMobil (NYSE:XOM), British Petroleum (NYSE:BP) and ConocoPhillips (NYSE:COP).

Following the pipeline closure crude oil futures gained for the first time in three days, as the news flow generated as much as 2.2 percent appreciation. There is no estimate of how much oil leaked, but Alyeska said no oil has been found to have escaped beyond concrete encasing the pipeline. Companies will be forced to suspend 95 percent of production from the North Slope area. Robert Montefusco, a senior broker at Sucden Financial indicated “Oil prices are being supported today by the leak at the Trans-Alaska pipeline.” Analysts expect that the pipeline will be closed for about one week and production will quickly return to normal. The short term forecast is that the price of crude oil will probably trend back down towards the $88 range, where it had been trading.

The curtailment in Alaska production follows closely in the same week as a shutdown of Canadian Natural Resources Ltd.’s (NYSE:CNQ)110,000-barrel-a-day Horizon oil sands project after a fire on January 6.  According to Philip Skolnick, an analyst at Canaccord Genuity Corp. the explosion reduces oil production by about 15 percent for Canada’s second-biggest energy company by market capitalization. The accident could reduce the company’s pretax cash flow by as much as $892 million if operations at the plant are halted for six months.

Many large speculators, traders and hedge funds lowered their long net positions on rising prices, in crude contracts by 14 percent to 187,408, according to a weekly report from the U.S. Commodity Futures Trading Commission. That was down from 217,046 contracts in the previous week, which was the biggest total in records going back to June 2006.

While consumers across the globe are generally experiencing higher petroleum product prices due in part to rising crude oil prices, propane consumers in the Northeastern United States have seen regional supply issues add to overall price pressures. Recently, Morgan Stanley analysts released a report indicating, “We expect oil markets to tighten through this year, underpinning rising oil prices as spare capacity falls from elevated levels.” The analysts suggest crude oil prices should trend higher this year and surpass $100 a barrel because of shrinking spare capacity in the Organization of Petroleum Exporting Countries (OPEC) with refining margins rising by about 20 percent in the long term.

Residential propane in New England has risen to $3.28 per gallon, while Central Atlantic prices, at $3.37 per gallon, are the highest in the Northeast. Prices in the region have risen over 45 cents per gallon since the start of this heating season, compared with a 29-cent increase in Midwest prices (where the residential propane heating market is much larger). Prices in New York State, where the supply disruption is centered, have grown by 56 cents over the heating season.

The U.S. average retail price for a gallon of gasoline increased for the fifth straight week, advancing almost two cents versus last week to $3.07 per gallon, $0.41 per gallon higher than last year at this time. Prices on the Gulf Coast jumped two and a half cents, the largest increase in the country, followed by the Rocky Mountain region, where prices were over two cents higher. The East Coast, West Coast, and Midwest all saw gasoline prices rise under two cents, in line with the national average increase. Prices on the West Coast were the highest in the country at $3.24 per gallon, while prices in the Rocky Mountains were the lowest at $2.85 per gallon.

Top Stories This Week: Fed Meets and Gold Price Drops, US Steps Up EV Efforts
EV Infrastructure in the US the Next Challenge for a Growing Industry
Discussing Small-scale Nuclear with Atomic Energy of Canada
Athabasca Basin Uranium Companies