Poland’s reserves of shale gas may be as much as 3 trillion cubic meters, according to estimates by geologists and energy consultants, potentially making the country a net exporter of gas and reducing Europe’s dependence on Russia. 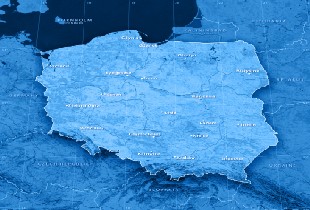 Major Canadian oil and gas producer Talisman Energy Inc (TSX: TLM) (NYSE:TLM) has just released plans to start drilling its first well for potential shale deposits in northern Poland.  The project is scheduled for the beginning of August with the last well expected to be completed around the end of January 2012. Poland’s reserves of shale gas may be as much as 3 trillion cubic meters, according to estimates by geologists and energy consultants, potentially making the country a net exporter of gas and reducing Europe’s dependence on Russia. Shale development, where rock formations are horizontally drilled and fractured using water and other liquids under high pressure, is driving a surge in US gas output and in Poland drew interest from major companies including Chevron (NYSE:CVX) and ExxonMobil (NYSE:XOM).

Last October, Schlumberger’s (NYSE:SLB) Chief Executive Officer, Andrew F. Gould hinted that the comparatively high population density of Europe might mean that shale production would run into local opposition because of the way drilling might disrupt communities, and the way that prohibitions could target the pollution associated with drilling processes.  Since then, austerity measures and economic pressures seem to guide the analytical framework for conflicting interests in Europe.

Calgary-based Talisman announced the creation of a strategic partnership last month with South African integrated energy and chemicals producer Sasol Limited (NYSE:SSL) to develop assets in the Montney shale play in northeastern British Columbia. Additionally, the company is currently exploring for shale gas opportunities in the Baltic basin in northern Poland and would be interested in trading data from exploratory drillings with owners of licenses in the same area.  ConocoPhillips (NYSE:COP), the third largest energy company in the US, and its eastern European partner Lane Energy Poland owns neighbouring licenses. Other licenses have been obtained by Canadian oil and gas explorer LNG Energy Ltd. (TSXV:LNG) and Poland’s dominant natural gas distributor Polskie Gornictwo Naftowe i Gazownictwo SA (PGNiG) (WAR:PGN).

Last year, Lane Energy drilled two vertical wells at its license in northern Poland and plans to drill a horizontal well in the same area later this summer. On Monday, LNG announced that it has started drilling its first shale gas exploration well within the Slawno concession area. The company said in a regulatory statement that its well is located less than 60 kilometers from one of the wells drilled by ConocoPhillips and Lane Energy. LNG Energy plans to drill two more wells on its two other concessions in Poland in 2011.

The US average retail price for a gallon of gasoline increased for the sixth straight week, climbing almost two cents compared with last week’s average price.  The average price of  $3.09 per gallon is 34 cents higher than last year at this time. Prices on the West Coast surged two and a half cents higher which represented the largest increase in the country.  This was followed by average prices in the Midwest, at two cents higher and closely shadowed by East Coast gasoline prices which rose almost two cents.  The Gulf Coast and Rocky Mountains realized more modest increases at slightly above a penny. The actual average prices on the West Coast were highest in the country at $3.26 per gallon, while prices in the Rocky Mountains were the lowest at $2.86 per gallon.

Last week, the Energy Information Administration (EIA) released its most recent Short Term Energy Outlook, including the first forecast for 2012. The EIA confirms many analysts’ outlook for a tightening of world oil markets, which it foresees to continue over the next two years. World oil consumption is expected to grow by an average of 1.5 million barrels per day each year while the growth in supply from non members of the Organization of the Petroleum Exporting Countries (OPEC) will average less than 0.1 million barrels per day. Consequently, the EIA expects the market will rely on both inventories and significant increases in production of crude oil and non-crude liquids by OPEC to meet world demand growth.