Spot market oil prices fell to a two-week low in New York on speculation that the worst earthquake in Japan’s history will hurt growth and reduce fuel demand in the world’s third largest economy. 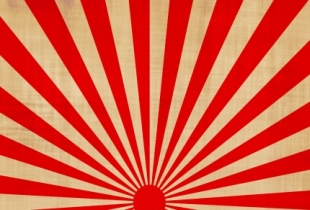 With about 25 percent of Japan’s electricity attributable to nuclear sources, the impending power shortages due to closures of nuclear reactors after the quake have analysts suggesting Japan will likely need to increase its imports of petroleum products and other energy sources in order to meet its requirements. The existing power generation infrastructure relies mostly on coal and natural gas, which implies an increase of demand on these products in addition to diesel imports over the short term to secure domestic energy requirements. Natural gas futures rose the most in 10 weeks on speculation that earthquake damage to nuclear reactors in Japan may divert liquefied natural (LNG) gas resources away from the US.  Barclays Plc issued a research note today from analyst Kerri Maddock suggesting that the “prolonged risk of nuclear outages could divert spot LNG cargoes to Japan and incrementally tighten LNG supply.”

While it is too early to know if the massive reconstruction spending will bring Japan out of a deflationary period, there will be most certainly be a realized drop in gross domestic product (GDP) during the next few months as damage is evaluated.

Spot market oil prices fell to a two-week low in New York on speculation that the worst earthquake in Japan’s history will hurt growth and reduce fuel demand in the world’s third largest economy.  The Asian nation is also the world’s third largest crude importer and used an average 430,000 barrels a day of fuel oil in December 2010, according to International Energy Agency (IEA) estimates.

Prices have dropped 6.1 percent in five days of losses, the longest losing streak in more than a month. At a magnitude 8.9, the fifth highest earthquake registered in the past 111 years has shut 29 percent of domestic refining capacity, according to Bloomberg and data sourced from the Petroleum Association of Japan.

Events in the Middle East and Northern Africa (MENA) are both powerful and unpredictable catalysts in oil price volatility over the short term. The deteriorating fiscal position of MENA economies represents one of the most significant economic impacts of the dynamic unrest which has spread in the region. Slower economic growth in countries like Egypt, Tunisia and Libya will certainly constrain fiscal revenues, even as expenditure demand skyrockets. These potential deficits will be measured with offsetting marginal revenue if oil prices appreciate and productivity can be stabilized.

The current consensus among many analysts is that opposition in Saudi Arabia is not likely to be as potent as it was in Egypt and Libya. Although Saudi Arabia shares some demographic and employment pressures, the larger capital reserves of the King facilitate political stability via the redeployment of assets to reconcile competing interests. Additionally, the country has no history of strongly organized social movements, with a cautionary note for investors that this is also true for much of the region.

In an economic commentary, a research team headed by Nouriel Roubini, professor of economics at New York University’s Stern School of Business, Russia is suggested as one potential region to watch for investors that could benefit from high oil prices, with more broadly based growth this year. Upcoming elections and oil prices will facilitate further fiscal expansion, adding to inflationary pressures but also supporting consumption and public investment.  The group contends, “As rising food prices and past fiscal expansion pass through to core and nonfood prices and dampen consumption, the central bank (CBR) will tighten monetary policy through interest rate hikes and a stronger currency.” Credit growth will support fixed investment, but consumption remains the primary driver.