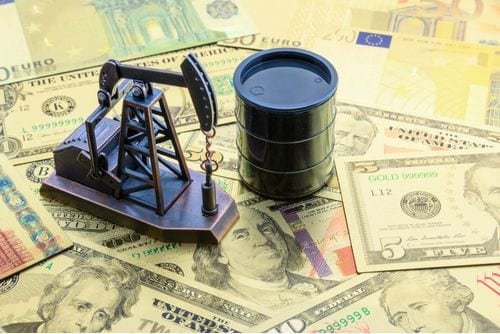 A switch-up in Saudi Arabia’s energy ministry pushed crude oil prices ahead on Monday, further signifying the kingdom’s status in the market.

A switch-up in Saudi Arabia’s energy ministry pushed crude oil prices ahead on Monday (September 9), further signifying the kingdom’s status in the market.

Prices gained following the news that Khalid al-Falih would be replaced as the country’s energy minister by Prince Abdulaziz bin Salman, the son of Saudi Arabian King Salman. After the news broke on Sunday (September 8), brent crude prices grew 1.1 percent to US$62.20 per barrel on Monday, while WTI crude gained 1.3 percent to US$57.20.

Though Prince Abdulaziz has significant experience in the energy ministry, with tenure dating back to the 1980s, analysts reportedly expect the cabinet shuffle to have significant impact. Petromatrix Managing Director Olivier Jakob told the Financial Times that the move brought new uncertainty to the market.

“Some people will say this is a normal situation, but if you look at where prices are, Saudi Arabia is not satisfied with US$60-a-barrel oil,” he said.

Saudi Arabia’s economy has been struggling with subdued growth after oil prices began to slump in 2015. In turn, oil production in the country has been reduced to below 10 million barrels per day (bpd) as part of a deal with the Organization of the Petroleum Exporting Countries’ (OPEC) and related allies.

The US, the world’s largest oil producer, has also cut back on its oil output as part of the aforementioned deal. An early-July meeting amongst OPEC and non-OPEC producers led to the extension of a voluntary production cap until March 2020 in light of market volatility and US-China trade issues.

The 2018 deal saw OPEC countries and their allies agree to cut 1.2 million bpd from the market in 2019. Despite the agreement, Saudi Arabia boosted its input by 1 million bpd that year, which pushed down on oil prices.

Despite having just been officially appointed to the position, Prince Abdulaziz has already made comments suggesting that oil producers will need to take on some of the responsibility needed to balance the market. It is being speculated that he will maintain policy similar to predecessor al-Falih, who greenlit the aforementioned production cut deal.

“It’s all about incremental contributions that can make a deal work and work better, or may work in a less optimal way,” Prince Abdulaziz said at an energy conference in Abu Dhabi.