With all of the attention to the petrochemicals industry currently, a recent survey conducted by Resources Investing News has highlighted both oil and natural gas sectors as areas of high interest for investors. 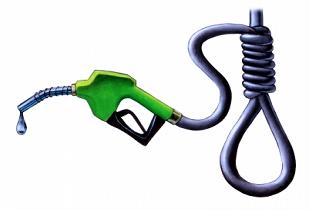 With all of the attention to the petrochemicals industry currently, a recent survey conducted by Resources Investing News has highlighted both oil and natural gas sectors as areas of high interest for investors.  The results indicate that appetite for exposure to oil and gas is fourth highest in demand attribution, behind only the precious metals of gold and silver, and alternative energy source uranium. Underpinning this thesis are long term secular and demographic trends that appear to be inevitable.

Energy is a critical force powering business, manufacturing, and the transportation of goods and services to serve the global economy.  Energy supply and demand plays an increasingly vital role in national security agendas and global economic productivity and output.  It may be surprising that the United States alone spends over 500 billion dollars annually on energy; however, in the context of current events and recent environmental concerns the international community will all be carefully examining energy policies.  Countries will be focused to pursue activities that are instrumental in establishing the safety, reliability, and efficiency of energy supplies in a global marketplace and reconcile energy needs with the planet’s environment.

Oil is regarded by some as being the current lifeblood of the United States’ economy.  Presently, it supplies more than 40 percent of total energy demands and more than 98 percent of the fuel used in cars and trucks. The Department of Energy’s Office of Fossil Energy focuses on two important concerns over oil – an immediate readiness to respond to oil supply disruptions and to keep oil fields producing in the future; however, current regulatory reforms alone could jeopardize nearly one million barrels of new daily crude production over the next half-decade.

Technological improvements and strategies may be required to find and produce much of this “left-behind” oil, and the National Petroleum Technology Office is developing new exploration, drilling and production processes that aim to protect resources and the environment.  Remaining oil fields are becoming increasingly difficult to find and costly to produce because much of the easy-to-find oil has already been recovered.

In the Gulf of Mexico, a US moratorium threatening a one to two year delay in new deepwater oil projects could lower output by 100,000 to 300,000 barrels per day by 2015.  In other deepwater jurisdictions, including Brazil, Angola and Nigeria, a further 550,000 daily barrels “could be at risk, albeit there are no current indications that permitting in these countries is likely to be affected.

This could provide a strong international challenge as transportation is one of the fastest-growing energy demand sectors and the one associated most closely with oil. This critical point is interesting for oil investors because although many different fuels can be employed to produce electricity, the same is not true right now for transportation; globally, 98 percent of transportation still runs on fuel made from oil.

According to the stated objectives of the DOE, nine hundred of the next thousand US power plants will use natural gas.   The fuel is easily produced and readily available to end-users through the existing utility infrastructure; natural gas is in the process of becoming increasingly popular as an alternative transportation fuel.  The Office of Fossil Energy invests in research and development of technologies in the areas of natural gas supply, delivery reliability, and utilization.  Through the Strategic Center for Natural Gas, DOE works with industry to develop technologies to support this fuel.

According to many analysts, natural gas will meet a growing share of our energy needs through 2030. Given its abundance and properties as a clean-burning fuel, expanded use of natural gas in power generation can serve economic progress and help advance environmental goals as well.

Until recently, it was not economically feasible to extract natural gas from unconventional sources. However, the emergence of advanced drilling technologies has enabled the economic recovery of a resource once believed to be unreachable.  Many analysts believe the environmental and economic benefits of natural gas are demonstrable, and as the cleanest burning fossil fuel, the potential to reduce the harmful emissions generated by oil and coal are compelling.  With an estimated 100 years supply at current production rates, natural gas has emerged as a strong energy choice in creating a secure and stable energy future.

What is Coltan? 5 Facts You Should Know
Ways to Invest in Phosphate
Lithium Reserves by Country
5 Top Weekly TSX Stocks: Sabina Gold and Silver Up on Drill Results