Although there are more than 40,000 oil and gas fields of all sizes in the world, slightly less than 80 percent of the proven reserves are concentrated in eight countries, of which only Canada and Russia are not OPEC members. 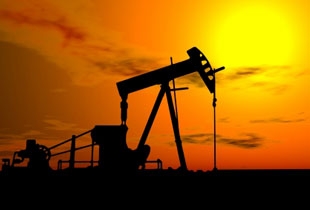 Countless pockets of oil reserves exist on earth and natural seeps of crude oil are not especially rare on the earth’s surface; however the oil leaking from the ground is usually a highly degraded substance, close to tar. There are more than 40,000 oil and gas fields of all sizes in the world, but 94 percent of known oil is concentrated in fewer than 1500 giant and major fields. The largest of these fields are located in Siberia and the Middle East.  The Canadian Athabasca deposit is the only large oil sands reservoir in the world that is suitable for large-scale surface mining, although most of it can only be produced using more recently developed in-situ technology.

Slightly less than 80 percent of the proven reserves are concentrated in eight countries, of which only Canada and Russia are not OPEC (Organization of Petroleum Exporting Countries) members. The top ten countries with proven reserves are as follows: Saudi Arabia, Canada, Iran, Iraq, Kuwait, Venezuela, United Arab Emirates, Russia, Libya and Nigeria.  There remains some skepticism about the reliability of OPEC official reserves estimates, which are not provided with any form of verification or audit that meet external reporting standards.

Porosity in the source rock affects the quality of both the source rock and the reservoir rock. It is the single most critical factor to determine the quality of a petroleum reservoir because it establishes the maximum volume that is available for oil accumulation.  A rock with high porosity has a lot of open spaces.  Examples of good source rocks with high porosity include coarse-grained sandstone or limestone.  If the spaces are well connected (e.g., lacking cement), then the oil can migrate.  The ability of the rocks to transmit a fluid, or the linear flow rate, is called “permeability.”  Quality reservoir rocks have both good porosity and good permeability.

Oil producing regions differ on several fundamental bases. Crude oil is often qualified by the geographic location it is produced in (e.g. West Texas Intermediate, Brent, or Oman), its API gravity (an oil industry measure of density), in addition to its sulfur content. Crude oil may be considered light if it has low density or heavy if it has high density; and it may be referred to as sweet if it contains relatively little sulfur or sour if it contains substantial amounts of sulfur or other impurities.

The geographic location is important because it affects transportation costs to the refinery. Light crude oil is more desirable than heavy oil since it produces a higher yield of gasoline, while sweet oil commands a higher price than sour oil because it has fewer environmental problems and requires less refining to meet sulfur standards imposed on fuels in consuming countries. Iraq has historically been one of the leading producers of sweet crude. Venezuela and Canada are leading producers of sour crude oil.  Each crude oil has unique molecular characteristics that are understood by the use of crude oil assay analysis in petroleum laboratories.

Barrels from an area in which the crude oil’s molecular characteristics have been determined and the oil has been classified are used as pricing distinctions throughout the world. Some of the most common reference crudes are:

Resources are hydrocarbons which may or may not be produced in the future. A resource number may be assigned to an undrilled prospect or an un-appraised discovery. Contingent resources are those quantities of petroleum estimated, as of a given date, to be potentially recoverable from known accumulations, but the applied project is not yet considered mature enough for commercial development because of one or more contingencies. Appraisal by drilling additional delineation wells or acquiring extra seismic data will confirm the size of the field and lead to project sanction. At this point, the relevant government body gives the oil company a production license permit which enables the field to be developed. This is also the point at which oil reserves can be standardized and formally booked.  Reserves are further categorized by the level of certainty associated with the estimates.

As with other mineral deposits, oil reserves are considered to be primarily a measure of geological risk – of the probability of oil existing and being producible under current economic conditions using current technology. The three categories of reserves generally used are proven, probable, and possible reserves.

(1)     Proven reserves – defined as oil and gas “Reasonably Certain” to be producible using current technology at current prices, with current commercial terms and government consent- also known in the industry as 1P. Companies and industry specialists often refer to this as P90 – i.e having a 90% certainty of being produced.

(2)     Probable reserves – defined as oil and gas “Reasonably Probable” of being produced using current or likely technology at current prices, with current commercial terms and government consent. Companies and industry specialists often refer to this as P50 – i.e having a 50% certainty of being produced. This is also known in the industry as 2P or Proven plus probable.

(3)     Possible reserves – defined as “having a chance of being developed under favourable circumstances.” Companies and industry specialists often refer to this as P10 – i.e having a 10% certainty of being produced. This is also known in the industry as 3P or Proven plus probable plus possible.

There are multiple risks involved with any investment, and oil deposits are certainly subject to these issues.

(1)   Access to reserves at reasonable costs is a top challenge for oil mining projects, with dynamic political considerations of resource nationalism, environmental and social contexts being critical success factors.  As oil fields become more complex, it is more likely to lead to cost over-runs that quickly affect profitability and available capital for other potential projects.

(4)   Price volatility and increasing oil prices have enabled extensive investment in unconventional oil projects like oil sands and deepwater drilling.  As a forward looking consideration the “pendulum” of price can also carry inertia as a counterbalance to this concern in the event of a correction or mean reversion.

(7)   Aging infrastructure can quickly impact profitability margins with existing pipelines and refineries often over 30 years old and in need of replacement or repair.

EV Infrastructure in the US the Next Challenge for a Growing Industry
What Was the Highest Price for Copper?
Discussing Small-scale Nuclear with Atomic Energy of Canada
Athabasca Basin Uranium Companies