Depending on the investment time frame and assumed risk, opportunities currently exist in both the oil and natural gas sectors supported by current and projected market fundamentals. 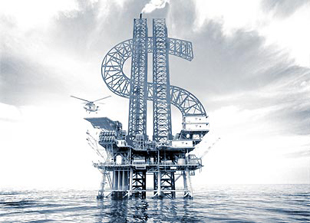 Investors looking to make a play in the oil and natural gas markets are currently faced with a number of options, with crude oil at $110 a barrel and soaring gasoline prices. Companies operating in the fossil fuels industry naturally do very well when prices spike as they did in 2008 and as is currently the case. The volatility of oil and natural gas prices, however, mean that all but the fully-integrated energy majors end up riding downturns in the market, which can be sharp and sudden, such as in the second half of 2008 when over $100 was shed off the price of a barrel of crude oil and natural gas dropped from $12 to $4 per Million Metric British thermal units (MMBtu). That said, depending on the investment time frame and assumed risk, opportunities exist in both the oil and natural gas sectors supported by current and projected market fundamentals.

Crude oil’s push above and beyond $100 a barrel has created more than a few attractive prospects for plays in the oil market, as companies operating in the industry ramp up production and drilling restarts or begins in fields that are expensive to work and require oil prices over a particular threshold to ensure a profit. The outlook while crude oil prices are high and rising is particularly good for rig operating and service firms drilling for oil. Data released by Baker Hughes Inc. (NYSE:BHI) this past week shows that the number of rigs drilling for oil in the United States is, as of April 8, almost the same as those drilling for natural gas for the first time since 1995. This trend would be expected to continue so long as there remains a significant price gap between oil and natural gas, and analyst Judson E. Bailey of investment bank Jefferies & Co. has even gone as far as stating that “A renaissance in oil-directed activity is just beginning.”

While this suggests there are plenty of opportunities for active and short-term investors, those with a longer-term outlook must take into account the price collapse in the second half of 2008, as well as current market fundamentals that indicate oil prices may fall back again, though not as dramatically, in the near future. With many of the world’s industrialized economies highly dependent on crude oil, when prices increase, ‘demand destruction’ eventually sets in, as demand for expensive oil is curbed and economic output slows. Oil inventories are also well-stocked relative to average levels in both the United States and China, and Saudi Arabia’s Oil Minister Ali al-Naimi has claimed that the global market is “over-supplied.”

Opportunities in the natural gas market, on the other hand, are emerging for those with a longer time frame for investment. Natural gas prices have remained low and may stay so in the United States since crashing in the second half of 2008 amidst ample supply and breakthroughs in the drilling of major shale fields, and though the price of natural gas has been steadily rising in Europe over this same period, crude oil still commands a premium across the globe. The volatility of crude and low price of natural gas, however, has attracted attention from policy makers as a cheaper and cleaner alternative to oil, and an increasing shift to natural gas as the dominant energy input in industrialized economies would be a tremendous boon in the long-term for companies operating in the natural gas industry.

Plays in the short-term for the natural-gas sector are available as well, related primarily to the widening gap between prices in Europe/Asia and the United States. Increasing demand and tightening supply have pushed prices up in Europe, and the global spot market has also been bumped higher after the earthquake that hit the world’s largest consumer of natural gas, Japan. With prices holding relatively steady in the United States, spot suppliers of natural gas with the capacity and infrastructure to supply buyers on the spot market stand to gain as they look to ship cargoes to destinations where they can maximize profits. Energy analyst David Fessler also suggests that transportation companies such as Frontline Ltd. (NYSE:FRO), Teekay Corp. (NYSE:TK), and StealthGas Inc. (NASDAQ:GASS) could do well off of an active spot market for natural gas.

VIDEO — Will Rhind: Trump vs. Biden? Gold to Do Well in Both Scenarios
Lithium Supply Chain Vulnerability Takes Center Stage in 2020
What Are the Advantages of Wind Energy and Solar Energy?
Lithium Market Update: Q3 2020 in Review