The potential of unconventional oil and gas, and the junior companies that are pioneering cutting edge technologies in the emerging sector, topped the energy agenda at the World Resource Investment Conference in Vancouver. 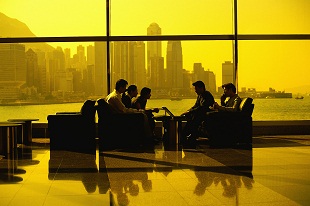 Unconventional oil and gas were the hot topics among energy analysts at the two-day World Resource Investment Conference in Vancouver, which wrapped up on June 6. With the burgeoning shale gas industry and emerging potential of shale oil in the US, investors were pointed towards the junior energy companies and technologies that are leading the way in the exploration and production of unconventional oil and gas.

Juniors at the Forefront of Unconventional Exploration

Analysts agreed that while prospects for unconventional oil and gas were extremely promising, the sector was at present still dwarfed by the conventional energy sector, and would remain so in the near future. “The global drive for unconventional is in its infancy,” noted Keith Schaefer of Oil & Gas Investments Bulletin, but “juniors will lead in unconventional exploration” as the sector continues to develop. These small to mid-size companies that are on the cutting edge of developing of unconventional energy have already become and will continue to be experts in the field, which should soon put them on the radar of big state-owned energy firms and oil and gas majors as partners and/or takeover targets. Marin Katusa of Casey Research advised investors to “look for companies that the big state-owned companies are using for shale technology and exploration,” a sentiment echoed by Sean Brodrick of Uncommon Wisdom, who cited the example of Chinese state-owned energy firms entering into partnerships in the US and Canada and operating at a loss in order to gain access to the technology and techniques needed to tap unconventional deposits.

Among the names that popped up frequently throughout the conference were Canadian companies East West Petroleum Corp., and Shoal Point Energy Ltd.

East West Petroleum Corp. (TSXV:EW) is a Calgary-based exploration and production company with established projects in Alberta and Egypt. It targets large acreage positions in unconventional oil and gas plays, and was recently awarded close to 1 million acres in concessions to carry out exploration in Romania. East West also entered into a partnership with Kuwait Energy Co. last year to explore and develop projects in North Africa, the Middle East, and Asia.

New technologies and the companies that are pioneering them also drew a lot of attention from analysts attending the conference. The exploration and commercial development of unconventional deposits remains more expensive and technically challenging than conventional oil and gas, so companies that can introduce innovative and economically viable technologies into the market should find themselves well positioned as the emerging sector continues to grow.

Jim Letourneau of Big Picture Speculator highlighted three companies in particular that are leading the way in ‘enhanced’ oil and gas recovery.

Enhanced Oil Resources (TSXV:EOR) is a company that specializes in enhanced oil recovery from wells that are in decline once the ‘easy oil’ has been brought to the surface. By injecting CO2 into oil wells, they are able to revitalize them and induce a second recovery phase.

GASFRAC Energy Services Inc. (TSXV:GFS) specializes in gas fracking. As opposed to hyrdro-fracking, in which the fracking liquid injected into shale formations to create fractures can sometimes impede the flow of gas and oil back up to the surface, gas fracking uses a gelled propane that reverts into a gas once the pressure drops underground, allowing it to combine with what is flowing out of the well and thereby increasing recovery.

Xtreme Coil Drilling Corp. (TSX:XDC) designs, builds and operates ‘Coil Over Top Drive’ (COTD) drilling rigs that are currently in operation in the US and Saudi Arabia. COTD rigs have set both depth and speed records, and are capable of directional drilling to reach unconventional sources of oil and gas.