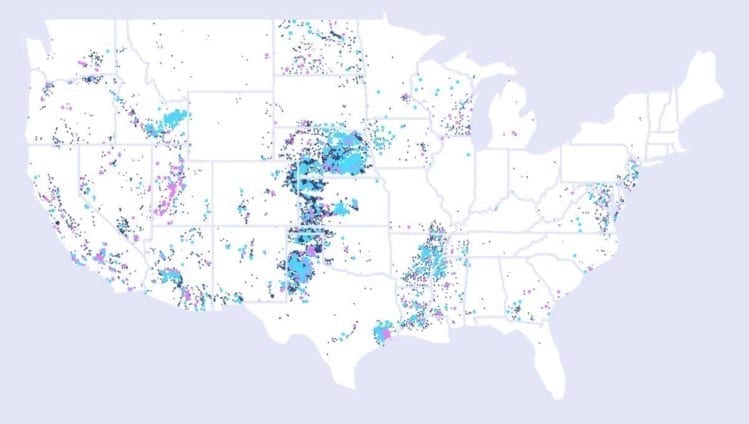 Oil and gas companies will need to innovate their way out of the current water supply problem.

Fracking allows drilling firms to access difficult-to-reach oil and gas resources. During the process, cracks in and below the Earth’s surface are opened and widened by injecting large amounts of water, chemicals and sand at high pressure.
On average, fracking uses more than 28 times the water it did 15 years ago, gulping up to 9.6 million gallons per well and putting farming and drinking sources at risk in arid states, especially during droughts.
In 2008, an average of just 5,618 barrels of water were used for the injection stage of fracking, according to the US Geological Survey. In 2014, that amount ballooned to 128,102 barrels of water for an oil well, and 162,906 barrels for a gas well.


Give me my free report!
The amount of water fracking uses is small compared to the water needs of farming or power plant cooling, but in areas that have little water to begin with, fracking can strain water supplies.
The US Government Accountability Office estimates that 40 of 50 states have at least one region that will face some kind of water shortage by 2023. This crisis has increased social and regulatory pressures on oil and gas firms, while making the supply of usable water less dependable.
“The water use for horizontal oil and gas drilling has doubled in the past five years per well,” Rob Jackson, a Stanford University professor of earth system science, told Climate Central.
Fracking can increase demand for groundwater by up to 30 percent in some arid regions, he said. “So, I think in arid counties, for groundwater consumption, this can be a major increase.”
The Visual Capitalist infographic below details this situation in depth. Further, it explains how oil and gas companies will need to innovate their way out of the problem to secure new water supplies and reduce costs — all while maintaining social license to operate.

Don’t forget to follow us @INN_Resource for real-time news updates!
Securities Disclosure: I, Priscila Barrera, hold no direct investment interest in any company mentioned in this article.