Highbank Resources’ Swamp Point North project will be ready for production during the first quarter of 2015. The company has already generated quite a bit of interest from contractors for construction projects in Northern BC and has given out a number of quotes for future orders. 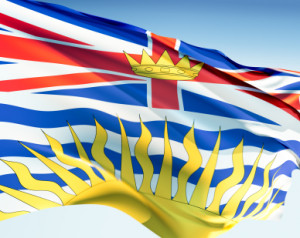 On Tuesday, Highbank Resources (TSXV:HBK) reported that its Swamp Point North project will be ready for production during the first quarter of 2015.

The aggregate exploration and development company has worked hard to develop Swamp Point North over the past year, and has also constructed a significant remote commercial barge and ship load-out facility. According to Tuesday’s release, the company has already generated quite a bit of interest from contractors for construction and LNG development projects in Northern BC and has given out a number of quotes for future orders.

“During 2014, our Company has been inundated with requests for quotations on a variety of infrastructure projects,” said Highbank CEO Victor N. Bryant in a statement. Projects for which the company has given out quotes for supply of aggregate include:

Additionally, Golder Associates has visited the Swamp Point North site on behalf of its client to examine the project’s material for construction suitability, and Highbank is in preliminary discussions for potential shipping of aggregates to Alberta and Saskatchewan.

“These are all projects [that are] just about to get the green light,” said Greg Shafransky of investor relations for Highbank. “The construction commencement decisions haven’t come down yet, but when they do, we’ll get the business.”

Most of the projects mentioned in Tuesday’s release are set for 2015 or 2016, and anticipating that increased demand, Highbank has applied to increase its production to over 1 million tonnes per year.

On the back of Tuesday’s announcement, Highbank received a bit of a bump in share price, gaining 5.56 percent to finish the day at $0.19.

The Globe and Mail recently noted that as many as 18 LNG development projects have been proposed in British Columbia’s north, pointing out that industry analysts have picked the Pacific NorthWest LNG project — led by Petronas and four Asian partners — as the most promising. For now, Petronas and its partners have delayed their investment decision to build an $11.4-billion LNG export terminal, but the company is attempting to lower costs, gain support and move the project forward.

Editorial Disclosure: Highbank Resources is a client of the Investing News Network. This article is not paid-for content.