The recent deal represents the biggest investment to date by a Chinese company in the North American energy sector, appearing to balance demand to develop gas fields at a time when low commodity prices are not providing companies with enough cash flow efficiently. The agreement could underscore greater exposure for resource companies to eventually export shipments to offshore markets. 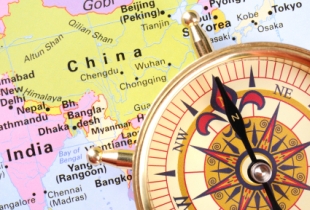 The recent deal represents the biggest investment to date by a Chinese company in the North American energy sector, appearing to balance demand to develop gas fields at a time when low commodity prices are not providing companies with enough cash flow to do it as quickly as they would prefer. The agreement is still subject to a foreign investment review by Industry Canada.

On Thursday, Encana attributed low prices for an 82 percent drop in operating earnings for last quarter. This latest deal will enable the company to accelerate output while containing development costs at one of its core properties, helping the company cope with expectations of continued relatively weak North American natural gas prices.

According to the PetroChina news release, it expects the joint venture to “provide a platform for entering the major market in North America. For years, PetroChina has been looking for opportunities to work with major Canadian oil and gas companies in areas including [liquefied natural gas] LNG and oil sands in Canada, and projects in China.”

The British Columbia Energy Minister, Steve Thomson suggested the deal could underscore another step for Canadian resource companies to eventually export shipments to offshore markets. Mr. Thomson noted that Apache Canada (NYSE:APA) and EOG Resources (NYSE:EOG) are moving towards the final construction decision for a proposed KM LNG natural gas liquification plant, which would be a critical success factor to enable exports. Within the broader context of relatively more expensive Asian and European natural gas sources, developing marginal supplies from North America’s glutted market would be helpful on both sides.

The latest data from the United States Energy Information Administration (EIA) on monthly natural gas production, demonstrated an increase in production for November 2010, reversing a decline from the previous month. Modest reductions are expected through 2011, however, because of falling drilling rig count in response to lower prices. The number of rigs drilling for natural gas reported by Baker Hughes Inc. increased from a low of 665 in July 2009 to 973 in April 2010. Over the following 6 months the natural gas rig count stayed relatively unchanged. However, over the last 3 months the rig count has fallen, dropping to 911 rigs as of February 4. The large price difference between petroleum liquids and natural gas on an energy-equivalent basis contributes to an expected shift towards drilling for liquids rather than for dry gas.

Increasing consumption, especially in the electric power sector, contributes to higher prices and more economic incentive for producers to resume drilling. Relatively colder weather east of the Rocky Mountains in January contributed to a greater draw on inventories than forecast. The EIA expects near record high inventories to continue through most of 2011 with falling production and greater consumption contributing to lower inventories in the second half of 2012.

Uncertainty over future natural gas prices is slightly lower this year compared with last year at this time. The EIA expects regular grade motor gasoline retail prices to average $3.15 per gallon in 2011, increasing 13 percent from the previous year. Prices are forecast to climb slightly to $3.30 per gallon in 2012, and could average about 5 cents per gallon higher in each year during peak driving season (April through September).