The agreement to ship up to 900,000 barrels of Russian oil a day to China follows a huge acquisition by Rosneft, leading to fears that Russia is pursuing a policy of world energy domination. 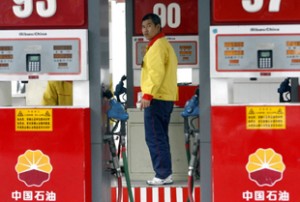 China’s economy may have come off the boil in recent months, but that hasn’t stopped the Asian economic superpower from looking beyond the present situation to secure its longer-term energy needs. Investors skeptical of China’s ability to sustain continued demand for raw materials need look no further than last month’s mega-oil deal between China and Russia, to see the evidence for continued bullishness in China as a resource investment thesis.

On June 21, Russian state-controlled Rosneft (MCX:ROSN) said it agreed to double the amount of oil it flows to China, in a deal worth a staggering $270 billion. An integral part of the arrangement is China will make an upfront pre-payment to Rosneft of between $30 billion and $70 billion.

The cash injection will help to alleviate the debt burden that Rosneft incurred in March after acquiring Anglo-Russian producer TNK-BP (MCX:TNBP) for $55 billion, which was the largest cash and stock deal in Russian corporate history and made Rosneft the world’s largest publicly listed oil firm, Reuters reported.

The Guardian reported at the time that acquiring TNK-BP increased Rosneft’s daily oil production to 4 million barrels a day – more than the daily output of Canada or Iraq.

Energy observers are calling the Rosneft-China tie-up one of the biggest deals ever in the oil industry, as well as further evidence of a growing shift in Russia’s pattern of oil exports from Europe to China, the world’s top energy consumer.

Under the agreement, Rosneft will ship 300,000 barrels a day (bpd) to China starting in the second half of the decade, on top of the 300,000 bpd it already ships to the Middle Kingdom, according to Reuters. Total shipments could later increase to 900,000 bpd.

Significantly, the news outlet noted that Russia has made a “dramatic” switch in its export pattern from Europe to China in just five years, moving away from “saturated and crisis-hit European markets” towards Asian instead. The change began in 2009 when the Kremlin opened up a Pacific port, Kozmino, while beginning to supply China by railway and a new pipeline.

“Together with supplies to Kozmino, it is already exporting around 750,000 barrels per day to Asia, or 17 percent of its overall exports of 4.4 million bpd.” Deliveries to Europe, by contrast, have declined.

A source quoted by Reuters said the new supplies are likely to come from new streams of East Siberian crude rather than depleted fields in West Siberia, the heartland of Soviet oil production.

For the past several years China has been shopping for new sources of oil, natural gas, and uranium to supplement its primary source of power, thermal coal. Acquisition targets for uranium have included Canada, Africa and Australia, and for oil, the Canadian oil sands, where China has made some important buys recently – including last year’s takeover of Nexen (NYSE:NXY,TSX:NXY) by CNOOC (NYSE:CEO).

The Independent said China is looking at alternative supplies to unstable countries in the Middle East, where tensions in Syria and more recently Egypt have threatened the flow of oil and pushed the price of Brent crude futures to $107.72 a barrel, a three-month high.

China is the world’s second largest oil consumer behind the United States but may have recently bumped the US off that pedestal. The Financial Times wrote in March that US net oil imports dropped to 5.98 million barrels a day in December which is the lowest level since 1992. In comparison, Chinese net oil imports in December reached 6.12 million bpd that month.

As mentioned above, Chinese interest in Russian oil goes back a few years, including a 2009 deal between Rosneft and oil pipeline monopoly Transneft (MCX:TRNFP) to secure $25 billion in upfront payments by pre-selling oil, Reuters reported. The Independent said “Another major deal is to follow, in which China will make a major investment in a Russian liquefied natural gas project.”

Energy analyst Marin Katusa observed prior to the Rosneft- TNK-BP tieup and the Rosneft-China shipment arrangement, that Russia’s growing power in the oil industry is something that should certainly be noticed and possibly even feared. In a commentary titled “Vladimir Putin, the New Global Shah of Oil,” Katusa, chief energy investment strategist for Casey Research, noted that Rosneft is on track to beat Exxon (NYSE:XON) as the world’s largest oil producer and that the deal between Rosneft and TNK-BP is the largest since Exxon bought Mobil in 1999.

Katusa is also of the opinion that Russia is fighting a “new Cold War in energy”.

“Russia is spending a heck of a lot to buy its own oil production – smells like nationalization to me. And with Vlad Putin – the most resource-driven leader in the world today – behind the controls, I dare say we’re witnessing the “Saudi Aramco-ing” of Russian oil,” he wrote.

“Putting Putin in a position of even greater resource power can only lead one place: to high oil prices and a new Cold War in energy.”