The ferro-tungsten market has been stagnant in recent weeks, with only a handful of transactions taking place. Last Friday, in China, inactivity translated into a dip in prices. Ferro-tungsten fell to $25.90 a kilogram, down from the recent rate of $28.00 per kilogram. 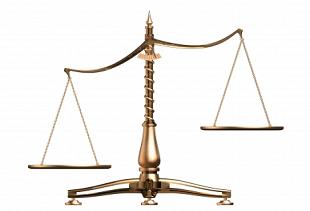 The ferro-tungsten market has been stagnant in recent weeks, with only a handful of transactions taking place. Last Friday, in China, inactivity translated into a dip in prices. Ferro-tungsten fell to $25.90 a kilogram, down from the recent rate of $28.00 per kilogram. One producer commented, “There has been a lack of buying activity and there’s no sign that we’ll see a recovery.” Tungsten prices in the United States remain unchanged, but market sources agree lack of purchases could drive down prices. Last October, the price of tungsten took a dive. As a result, in China, an estimated 80 per cent of producers curbed output.

With the promotion of major infrastructure projects around the world, the tungsten market could see a reversal back to previous trends.  The tungsten market is volatile, with a few key players controlling the market share.  In infrastructure development needs tungsten, then prices could be in for a wild ride; especially considering the level of output cuts in the industry.

China’s Jiangxi Ganzhou City has earmarked US $260 million to procure tungsten and rare earth products. Ganzhou will buy 10,000 tonnes of scheelite and tungsten products, and 10,000 tonnes of rare-earth ore to help metal firms struggling on the back of the commodities price collapse. Ganzhou, a city in eastern China’s Jiangxi Province, and the world’s largest tungsten making region, is building up its own tungsten and rare earth reserves. China’s State Reserves Bureau has been buying various metals, including copper, aluminum, zinc and nickel.

A new, large deposit of tungsten ore has been discovered in east China’s Anhui Province.  With a proved reserve of 96,200 tonnes, the finding in Qimen County is an important one for the country as only 144,000 tonnes of tungsten ore have been found between 2001 and 2007. China’s tungsten reserves are mainly in the provinces of Hunan, Jiangxi and Henan, which jointly account for 61.37 per cent of the total national reserve. China, along with Russia, Canada and the United States, is a major tungsten producer in the world. It holds 40.5 per cent of the world’s proved reserves.

Zijin Mining Group’s profits increased by 20.32 per cent YoY, while it’s operating revenue grew by 11.32 per cent on an annual basis.  The company has attributed the rise in both net profit and operating revenue to increased output of its major products, as well as higher prices. Zijin Mining produced 57.32 tonnes of gold last year, 16.26 per cent higher than the previous year; it also produced 61,409 tonnes of copper in concentrate form increasing by 29.98 per cent from the previous year.  Due to production cutbacks after zinc prices plummeted in the second half of last year, its output of zinc in concentrate form decreased by 25.1 per cent year on year to 33,680 tonnes and its zinc ingot production dropped 11.18 per cent year on year to 101,437 tonnes.