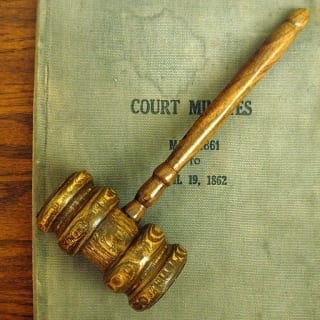 It’s possible that amendments to the conflicts minerals section of the act could be coming.

The Dodd-Frank Act is under fire. Signed into law by former US President Barack Obama in 2010, it’s now set to undergo a review following an executive order made on February 3 by President Donald Trump.
Created in response to the 2008 financial crisis, the Dodd-Frank Act brought significant changes to financial regulations in the US. It features many rules aimed at increasing transparency, including a small section that requires companies to disclose whether they are sourcing “conflict minerals” from the Democratic Republic of Congo (DRC) or neighboring countries.
Tantalum, which is used to make capacitors for computers, mobile phones and more, is one mineral that was affected by that change. Much of it is produced in Rwanda and the DRC, and mining in those countries has been linked to conflict, human rights abuses and corruption.
President Trump has not specified exactly what changes he will be making to the Dodd-Frank Act, but it’s possible that the alterations could include amendments to the conflicts minerals section. Here’s a look at how the act has changed the tantalum space since it was put in place, and what may happen to the industry if the rules it outlines are relaxed or eliminated.

All about the Dodd-Frank Act

As mentioned, the Dodd-Frank Act was put in place after the 2008 economic meltdown, and led to major changes to the financial regulatory environment in the US. It’s aimed at improving investor protections and making regulations more robust in order to improve transparency and accountability in the financial system.

In that vein, the act includes a section on disclosures concerning conflict minerals produced in or near the DRC. According to the US Geological Survey, there has been a major geographic shift in tantalum sources over the past 15 years. Previously, most of the world’s tantalum supply came from Australia and Brazil, but the mineral now mainly comes from the DRC, Rwanda and other nearby nations.

As per a fact sheet on the rule from the US Securities and Exchange Commission (SEC), companies using tantalum and other conflict materials must “conduct a reasonable ‘country of origin’ inquiry that must be performed in good faith and be reasonably designed to determine whether any of its minerals originated in the covered countries or are from scrap or recycled sources.” Companies must also make a description of their inquiry publicly available on the internet.

At first glance, that might seem simple enough. However, finding the origins of specific tantalum products can be difficult. As Venture Beat notes, it took Intel (NASDAQ:INTC) nearly five years to ensure that none of the coltan, tantalum, tin, gold or tungsten in its products comes from mining operations supporting conflict in the DRC.

Is the Dodd-Frank Act working?

While the conflict minerals section of the Dodd-Frank Act may have been well intentioned, opinions are divided over whether the rule is truly effective. For example, Forbes contributor Tim Worstall said back in 2012 that the Dodd-Frank Act was the worst law of the year. He argued that it is more complex than necessary, and also said that it pressures electronics companies to avoid conflict minerals and then exempts the companies because they don’t have to disclose conflict minerals use — because “they are not manufacturers according to the definitions of the law.”

Indeed, Daniel Persico, vice president of special products at KEMET (NYSE:KEM), one of the largest users of tantalum, said in 2013 that contracting out manufacturing could be a way for companies to circumvent the regulations contained within the Dodd-Frank Act.

Meanwhile, the SEC has faced plenty of challenges due to legal opposition to the Dodd-Frank Act. A letter sent to top lawmakers at the House of Representatives on March 16, 2015 indicates that staff have spent approximately 17,000 hours since July 2010 writing the rule at a cost of US$2.1 million. Another 4,000 hours were spent defending the rule against legal challenges for a cost of $520,000, while an additional $128,000 was spent completing systematic updates to enable companies to begin submitting disclosure reports on conflict materials.

In total, the SEC has spent roughly $2.75 million to write, implement and defend itself against legal challenges related to the conflict minerals rule within the Dodd-Frank Act.

What does it mean for tantalum?

While the Dodd-Frank Act was expected to increase accountability for companies sourcing conflict minerals like tantalum, it has not been in place long enough to significantly change the industry. That means few changes will likely be seen if the Trump administration repeals or reforms the portion of the act that deals with conflict minerals.
However, if no changes are made, it’s possible that more and more companies will be driven to source their tantalum from stable jurisdictions. Privately owned Global Advanced Metals prides itself on being a leading supplier of conflict-free tantalum, while in the public sphere a slew of companies are advancing tantalum projects in safe areas. Examples include Centenera Mining (TSXV:CT), Commerce Resources (TSXV:CCE), Critical Elements (TSXV:CRE), Frontier Lithium (TSXV:FL), Galaxy Resources (ASX:GXY), Lithium Australia (ASX:LIT), MacArthur Minerals (TSXV:MMS) and Pilbara Minerals (ASX:PLS).
This is an updated version of an article originally published on Tantalum Investing News on January 14, 2016.
Don’t forget to follow us @INN_Resource for real-time updates!
Securities Disclosure: I, Priscila Barrera, hold no direct investment interest in any company mentioned in this article.
Editorial Disclosure: Centenera Mining, Critical Elements, Frontier Lithium, Galaxy Resources, Lithium Australia, MacArthur Minerals and Pilbara Minerals are clients of the Investing News Network. This article is not paid-for content.

10 responses to “What Could Trump’s Dodd-Frank Act Overhaul Mean for Tantalum?”

See our exclusive index of Tantalum companies on the move
EXPLORE