New analysis from Resource Investing News shows which metals are most at risk for a rare earth-type supply shock. 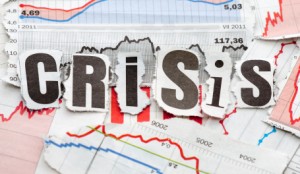 Over the last few years, the rare earth market has taught investors about the dangers (and rewards) of geographically concentrated metals.

One nation — China — produces 86 percent of the planet’s rare earths. This dominance caused a panic in the market when Chinese exports were disrupted by government policies aimed at keeping rare earths in the country for domestic use.

A similar story unfolded recently in the graphite market. The top three graphite-producing nations control some 88 percent of global output. Again, this monopoly has raised fears of a supply crunch.

Which metal is next?

The USGS information shows the breakdown of global production for over 80 metals and other mineral commodities, revealing which markets are the most geographically concentrated — and thus the most primed for supply crises due to political, social or geological problems in the biggest producing nations.

Resource Investing News conducted its own exclusive analysis of the USGS data, compiling the numbers to tease out two metrics:

The table below shows the metals that are most tied to the fate of one or a few countries as well as metals that may be at risk of future supply shocks similar to those experienced by the rare earths and graphite markets.

But the data reveals that several other metals — with larger global markets — are at risk because of their extremely restricted geographic output.

Like tungsten. China produces 85 percent of the world’s tungsten supply. That’s a market that produces 73,000 metric tonnes (MT) per year — comparable in size to the rare earth market, where production totals 110,000 MT yearly.

China produces 62,000 MT of tungsten a year. The next-largest producer, Russia, puts out just 3,500 MT. As with rare earths, what happens in China moves this market.

Recently, China has been making moves to cut its tungsten exports by imposing export taxes and implementing policies that favor value-added, in-country processing of tungsten ores.

Options for additional global tungsten supply are limited. Substantial reserves are found in both Russia and Kazakhstan — neither of which are seeing much development.

Canada is one of the few nations seeing some ramp up in tungsten output. Canada produced 2,000 MT in 2012. Producers like North American Tungsten (TSXV:NTC) have contributed much of this output.

With its substantial known reserves and past production, the United States could also be an alternative tungsten supplier. EMC Metals’ (TSXV:EMC) Springer Mine in Nevada and Galway Metals’ (TSXV:GWM) Victorio project in New Mexico are two of the most advanced projects in the US.

South Korea could also become a tungsten player, with Woulfe Mining (TSXV:WOF) trying to bring the historic Sangdong tungsten mine back into production. Woulfe attracted investor interest last year when IMC, a subsidiary of Warren Buffett’s firm, Berkshire Hathaway (NYSE:BRK.A), agreed to pay $35 million for a 25-percent stake in the project. Woulfe plans to start production at Sangdong — once the world’s biggest tungsten mine — by the fourth quarter of this year.

Other companies with tungsten projects on the move include: Almonty Industries (TSXV:AII), which has a past-producing tungsten mine in Western Spain; Blackheath Resources (TSXV:BHR), which is exploring for tungsten in Portugal; Happy Creek Minerals (TSXV:HPY), which has a tungsten-molybdenum property in British Columbia, Canada; Playfair Mining (TSXV:PLY), which is developing a portfolio of tungsten projects across Canada; Tungsten Mining (ASX:TGN), which has an advanced tungsten play in Western Australia; and Wolf Minerals (ASX:WLF), an emerging tungsten producer focused on the Hemerdon Ball tungsten and tin mine in Devon, England.

Tungsten is probably the most familiar of the at-risk metals. But a number of other names could soon become well known to investors.

The antimony market is another that swings with China. Chinese production accounts for 83 percent of the 180,000 MT of antimony produced globally each year.

Several new antimony projects are being evaluated in Canada, Turkey, Italy, Russia and Australia, among others. Production is being hampered, however, by the metal’s toxicity and environmental risks.

Strontium and wollastonite are two other less-known metals with potential supply problems.

China, Spain and Mexico produce 96 percent of the world’s 380,000-MT-per-year supply of strontium, a metal whose anchor use is in glass and ceramics. Iran is noted as one of the few nations that could increase strontium supply.

Wollastonite — used to manufacture plastics, rubber and paints — comes in near-entirety from China, India and Mexico.

A more familiar name making the at-risk list is vanadium. While top-producing nation China controls only 37 percent of global output, the top three countries — China, South Africa and Russia — together account for 97 percent of the market.

Vanadium may be particularly vulnerable to disruption given recent labor unrest in South Africa. The metal also has few substitutes in high-end aerospace alloy applications.

Largo Resources (TSXV:LGO) holds one of the nearest-term sources of alternate supply in its Maracas project in Brazil, now under construction. American Vanadium (TSXV:AVC) is in permitting with its Gibellini project in Nevada.

And PacificOre Mining (TSXV:PC), formerly Apella Resources, started pre-drilling last year on what the company states is one of the largest undeveloped vanadium deposits in the world: the Lac Dore vanadium-titanium project is near Chibougamau, Quebec.

Other vanadium explorers include Energizer Resources (TSX:EGZ), which is bringing forward a graphite and vanadium deposit in Madagascar, and West Melville Metals (TSXV:WMM), which is working to advance its Isortoq iron-titanium-vanadium project in Greenland.

A precious metal in peril

One of the most interesting findings is that platinum is an at-risk metal, with 72 percent of global platinum output coming from top producer South Africa, a place that — as noted above — is facing significant issues, including labor unrest, higher power costs and aging mines.

Potential new sources of platinum are rare, especially in investment-friendly jurisdictions. The other significant producing nations are Russia and Zimbabwe.

Canada produces 3.5 percent of the world’s platinum as by-product from nickel in Sudbury, Ontario. Companies like Prophecy Platinum (TSXV:NKL,OTCQX:PNIKF) are looking for similar nickel-platinum deposits.

One potential new source of by-product production could be Colossus Minerals’ (TSX:CSI,OTCQX:COLUF) Serra Pelada platinum-gold project in Brazil, currently under construction. Other companies looking to develop platinum properties include Nortec Minerals (TSXV:NVT), which has a polymetallic deposit that includes platinum in Finland, and Rockland Minerals (TSXV:RL), which has a copper-nickel-platinum-palladium asset in Quebec, Canada.

Platinum stands in stark contrast to gold, which took the honors from our survey as the least geographically concentrated metal on the planet. Top producer China put out just 14 percent of the world’s gold in 2012. The top three producers — China, Australia and the United States — managed just 31 percent of world production.