Nemaska Lithium has secured financing for its Phase 1 lithium hydroxide hydromet plant in Quebec. The company has received a $12.87-million grant from Sustainable Development Technology Canada. 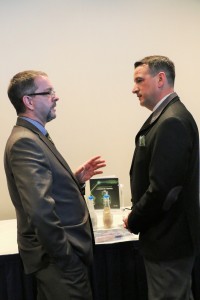 Difficult financing conditions continue for junior miners, but that hasn’t stopped Nemaska Lithium (TSXV:NMX) from securing financing for its Phase 1 lithium hydroxide hydromet plant in Quebec. On Monday, the company announced that it has received a $12.87-million grant from Sustainable Development Technology Canada (SDTC).

The cost of the Phase 1 plant is estimated at around $38 million, meaning that the grant accounts for a significant chunk of the funding Nemaska needs to get things rolling. The grant is the largest ever awarded under the SDTC program, according to a release from the company.

“This funding was obtained through a rigorous and competitive selection process and will enable us to build our Phase 1 Lithium Hydroxide plant,” said Nemaska Lithium’s president and CEO, Guy Bourassa. “This is the greenest method of producing lithium compounds for lithium ion batteries and electric vehicles globally. The SDTC has a vision for clean technology based businesses in Canada and we are proud to be part of that vision.”

Nemaska’s Phase 1 pilot plant will produce 500 tonnes per year of high-purity lithium hydroxide. It’s being built with the aim of securing offtake agreements with potential partners ahead of the start up of the company’s lithium mine and commercial hydromet plant.

“Today’s batteries are becoming increasingly sophisticated, and battery manufacturers typically take up to 12 months to qualify a new supplier of lithium hydroxide,” said Bourassa in Monday’s release. “By building the Phase 1 Plant in advance of the commercial hydromet plant and lithium mine we expect to be qualified suppliers before we are in full production.”

Speaking to Lithium Investing News, Bourassa said he expects that “by the end of March, everything will be announced” in terms of financing for the pilot plant. Nemaska recently closed another $1-million financing for detailed engineering of the plant.

SDTC is a federally funded organization that operates at arm’s length with companies working on clean technology projects. The program provides funding for such projects and also coaches companies to help bring new technologies to market.

To be sure, SDTC demonstrates the government of Canada’s commitment to supporting projects like Nemaska’s. “Our Government is positioning Canada as a global leader in the clean technology sector by supporting innovative projects aimed at growing our economy while contributing to a cleaner environment,” said Canada’s Minister of Natural Resources, the Honorable Greg Rickford.

Progress continues at Nemaska’s Whabouchi project as well. Quebec’s Environmental and Social Impact Review Committee announced on Monday that two public hearing sessions will he held regarding that project. “That’s the last step towards obtaining the certificate of authorization [for Whabouchi],” Bourassa said, “so that’s moving in the right direction.” The CEO expects all permitting to be completed for the project during the summer.

The TSX Venture Exchange was closed for Family Day on Monday, so investors didn’t get to see Nemaska’s share price immediately react to the news. Plenty of critical metals investors are bound to be checking on the company’s share price come Tuesday morning.