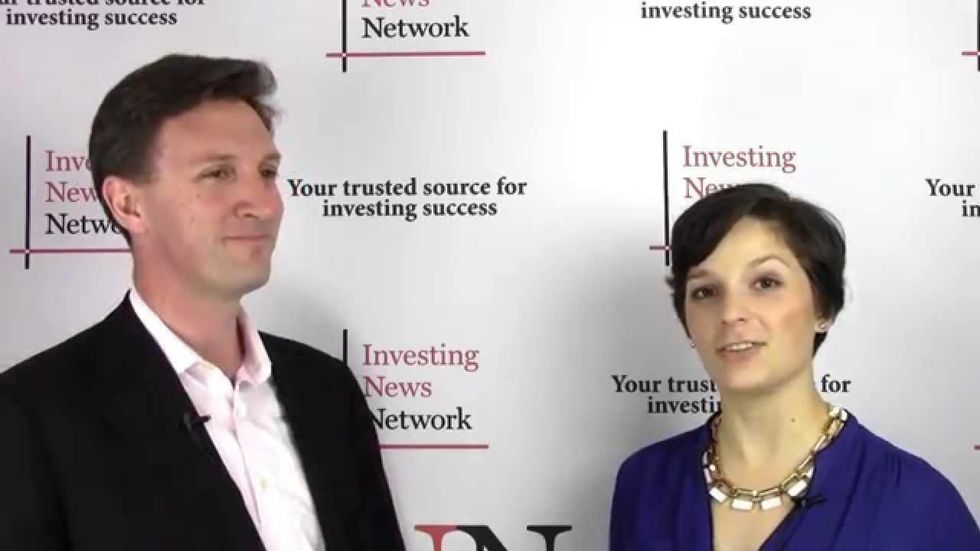 Chris Berry took some time to speak with the Investing News Network about trends in the lithium market. So far this year, Berry hasn’t seen many surprises in the lithium space, although he did note that there has been some “upward price pressure” for lithium.

Chris Berry, president of House Mountain Partners and co-editor of the Disruptive Discoveries Journal, took some time at the recent Canadian Investor Conference to speak with the Investing News Network about trends in the lithium market.

So far this year, Berry hasn’t seen many surprises in the lithium space, although he did note that there has been some “upward price pressure” for lithium.”I don’t know if it’s a surprise, but it’s certainly welcome in light of what we’ve seen in the last couple of years in the whole commodities space,” he said.

For Berry, lithium is exciting because it’s a very small market relative to the amount of press it gets. “Lithium is about a billion dollars a year in revenue globally, and yet it seems like every time you open a newspaper, there’s another story about a battery or a car or something like that,” he said. “So I think it’s exciting and I think it’s one of the reasons why investors are … looking more closely at this space.”

That said, Berry also cautioned investors not to get too caught up in all the excitement. He stated that it’s still key to look at production costs when evaluating investment opportunities in the lithium space. “Production costs are the name of the game,” he said, noting that while many have assumed in the past that commodities prices will keep rising, that isn’t always the case.

“In order to survive in the space, whether or not you’re a junior or a near-term producer or a producer, you need to be able to show the absolute lowest cost of production, not to mention offtake agreements,” he said.

Berry also spoke about whether lithium companies will be able to meet rising demand, the increasing importance of technology for energy metals and the possibility of a technological substitution for lithium-ion batteries in the future.

INN:  We’re coming up on half way through the year, any big surprises for you in the lithium space?

CB:  You’ve seen some upward price pressure, which I don’t know if it’s a surprise but it’s certainly welcome.  In light of what we’ve seen in the last couple of years in the whole commodities base overall, I’m finding that people are starting to get a lot more extricated by the lithium space, particularly I find the lithium industry interesting because it’s very small relative to the amount of press it gets.  Lithium is about $1 billion a year in revenue globally.  And, yet, seems like every time you open a newspaper, there’s another story about a battery or a car or something like that.  So, I think it’s one of the reasons why investors are looking more closely at this space.

INN:  And as you said, there’s a lot of excitement around battery [0:01:13] growth.  But in your most recent note you cautioned investors not to forget about production costs.  Why is that so important?

CB:  Well, again, production costs are the name of the game.  I think one of the challenges or one of the pitfalls that you can fall prey to in the commodity space is assuming that the price of the commodity will continue to go up.  I mean we saw that happen between 2001 and 2011, for a whole host of commodities, and of course, things have crashed since then.

So, because of a lot of the excess capacity and supply that was built up during the commodity super cycle, it’s going to take time to work through that in order to survive in this space, whether or not you’re a junior or a near-term producer or producer, you need to be able to show the absolute lowest cost of production, not to mention, offtake agreements.

INN:  Right.  That said, you said the inflection point is coming in 2017, Tesla’s (NASDAQ: TSLA) certainly not the only game in town, there’s mega factories coming in China.  Are lithium companies going to be able to rise to the occasion to meet demand?

CB:  Well, there are a number of factors for issues that could fall into place for that to happen.  Obviously, in the junior space, the biggest problem right now is the financing.  I think we’re all in agreement that lithium demand is going to increase in incoming years, whether or not it’s 2016, 2017, 2020, but it is going in the right direction.  Again, there’s a little bit of a supply overhang right now based on my own estimates.  It’s going to take a couple of years to get through that.  And so, the crop of lithium juniors that can join this oligopoly, if you will, are going to have to find potentially creative ways to get financed from a CapEx’s perspective.

INN:  And what’s it going to take to break that oligopoly?  Is it possible?

CB:  It’s possible if they have the lowest cost production.  That’s the name of the game.  It’s really that simple.

And so, the key now is trying to I think forecast what type of chemistry is going to work for a different type of end user.  Right now, obviously, the vehicle’s the name of the game and it’s lithium really has a stranglehold on it.  I don’t think any other type of battery will take over lithium-ion any time in the next 10 years.

INN:  Okay.  Coming from the same vein, some of your more recent talks have shifted to talking a lot more about disruptive technologies than about the energy metals.  What’s the reasoning behind that?

CB:  The rationale has to do with finding ways to lower overall costs using other industries embrace technology to lower cost, increase production.  It’s all about productivity and scale.  We have only seen a lot of that in the mining space.  I mean, I think the nearest sort of comparison would of course be fracking, I mean oil business, we’ve seen what’s that has done.  There have been winners and losers but, generally speaking, my argument is instead of just going out there, looking for mining companies that have a pre-drilled hole or something is that you want to find those companies that are leveraging technology to lower overall costs.  That’s new competitive advantage.

CB:  It’s different strokes for different folks.  The technology would have to be proved out.  And typically it’s proved out not so much by the junior company or the early-stage company but by a partner that may be leveraging the technology with.  That’s another thing you want to think about who a strategic adviser or a strategic partner might be from one of the juniors.

INN:  Okay.  And finally what lithium junior has your interest piqued right now and why?

CB:  Well, it’s a pretty small list, to be honest with you.  I’ve been focusing more the larger market caps.  But that said, one of the companies that I have been following very closely for a long time is Lithium Americas (TSX:LAC), and it’s for a lot of the reasons that I just mentioned.  They had a relationship with POSCO, which is, of course, one of the largest steel producers in the world.  And effectively, a lot of people already know this but what they’re trying to do is leverage this technology in the lithium space, [battery] space, to lower the overall extraction costs and production costs and also shorten the time to market.  So, POSCO is spreading itself with some other companies as well.  But they’re pretty far along with Lithium Americas.  That’s an interesting potential case study.