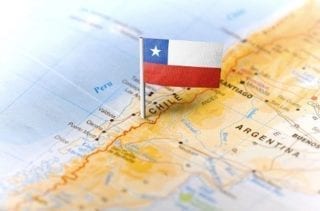 Development agency Corfo says that within two years the companies making the investments will be ready to produce about 58,000 tonnes of cathode annually.

Chile will receive up to US$754 million in investments to develop its lithium industry as demand for the battery metal continues to increase, development agency Corfo said on Friday (March 9).

Corfo added that within two years the companies making the investments will be ready to produce about 58,000 tonnes of cathode per year. Cathode is the main material in the lithium-ion batteries used to power electric cars.

The companies were selected in a bidding process to develop lithium technology. The winners are Chile’s Molymet and China’s Sichuan Fulin Industrial Group, a joint venture between Samsung SDI (KRX:006400) and South Korea’s POSCO (KRX:005490).

On Sunday (March 11), POSCO and Samsung announced that they will build a cathode plant in Chile by 2021. The facility is expected to produce 3,200 tonnes of cathode a year starting in H2 2021. The companies will invest US$54.02 to build the plant in Mejillones, a Chilean port city.

Chile is the world’s second-largest lithium producer after Australia, reaching output of 14,100 MT in 2017. However, the country’s lithium production has flattened in recent years, as only two companies, SQM (NYSE:SQM) and Albemarle (NYSE:ALB), were able to extract brine under leases granted in the 1980s.

But the government is taking steps to increase production and industrialize the lithium sector. This year, Corfo, which is in charge of Chile’s lithium reserves, signed a deal with top lithium producer SQM that will allow the company to expand production in the Salar de Atacama. The Salar de Atacama is part of the “lithium triangle,” which hosts the world’s largest reserves of the metal.

Meanwhile, the mining ministry also said on Friday that state-run miner Codelco has a signed a contract to mine lithium from the Maricunga deposit. No details were given on potential partners or investments, but last November Mining Minister Aurora Williams said lithium production from Codelco could start in the next six or seven years.

In January, when Corfo signed the widely expected deal with SQM, the development agency said the agreement included an option for the top lithium miner to work with Codelco, which has lithium assets but is not currently producing the metal. The state miner is one of the world’s largest copper producers.