With international trade related indicators, such as export orders and container shipping rates, pointing towards weaker global trade growth, the lithium market outlook may face some challenges. However, a case can also be made that in the absence of last year’s unpredictable natural events a more positive business and overall investment climate may return for lithium producers and juniors. 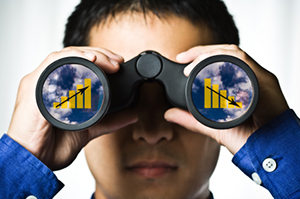 With international trade related indicators, such as export orders and container shipping rates pointing towards weaker global trade growth, the lithium market may face some challenges in the near term for 2012. Global downside risks stemming from the Eurozone are linked to further sovereign debt default and associated contagion issues. Fiscal policy in the United States is likely to command headline news and dominate economic developments during the next 24 month period, as forecast by the Organization for Economic Co-operation and Development.

These macro challenges are important in the lithium market, as they can affect consumer sentiment and retail behavior with battery manufacturers, construction, pharmaceutical and ceramic industries possibly reducing future contracts for lithium producers. There is some data to suggest demand for notebook computers declined last month and the initial production downsizing is taking effect, with the price drop of lithium battery cells decreasing 1.5 percent. Patrick Wang, an analyst at Evercore Partners suggested the first quarter guidance for most companies manufacturing personal computing devices will be negative.

A lack of visibility

One of the themes for lithium markets last year involved unpredictable natural events, as both Japan and Thailand created supply chain disruptions, and unseasonably higher rain adversely affected some lithium brine producers. In the absence of these challenges, a more positive business and overall investment climate may return. Last year several lithium price increase announcements were made to offset production issues or inflationary costs. Looking ahead over the medium term, this supports a lithium investment thesis since lithium consumers have already demonstrated sufficient demand to absorb the price increases without impacting volumes.

Rebecca Patterson, Chief Investment Strategist of JP Morgan Asset Management, commented on her view of an optimistic global investing strategy for the second half of this year, “we are seeing a shift in emerging market policy. Central banks are starting to ease [monetary policies]. We have seen Indonesia and Israel [and] we are starting to see China as well. We are going to see fiscal stimulus and there is talk that China could give us fiscal stimulus as early as Thursday through vehicle and electrical appliances subsidies. These countries have the ability to cut rates and stimulate fiscally which will support valuations and we think [will lead to] growth and outperformance.” China is the leading global automobile market, and is already expected to become the largest market for electric vehicles due to government subsidy programs. Lithium producers and development companies will benefit from the demand for lithium battery technology and increased interest in investment potential.

In an interview with Lithium Investing News, Ryan M. Brucato, President and Executive Director of equity research firm RB Milestone Group, indicated a bullish long term perspective, “on the demand side, we can expect significant traction for lithium demand driven by increasing production of electric vehicles. China plans to make a million electric vehicles annually by 2015, five million by 2020. In the short run the big [lithium] producers have enough resources and capability to meet the demand. However, in the long run [lithium] prices may rise in response to increased demand. The biggest beneficiary will be electric vehicle grade lithium producers. For the marginal explorer, cost of production will be critical.”