A report from Pike Research indicates China will be firmly positioned as the leading market for electric vehicles in the Asia Pacific region within the next 4 years. For lithium industry stakeholders and observers the bullish report suggests that the growing Chinese market will contribute to almost 50 percent of the territory’s aggregate sales. 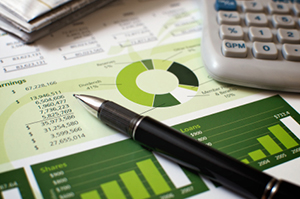 A report from Pike Research indicates China will be firmly positioned as the leading market for electric vehicles (EV) in the Asia Pacific region within the next 4 years. For lithium industry stakeholders and observers the bullish report suggests that the growing Chinese market will contribute to almost 50 percent of the territory’s aggregate sales by 2015.

China is focusing a major priority in developing battery electric vehicles amidst increasing inflationary costs for oil products and the need to improve air quality in urban areas. With more than 150 finished automobile manufacturers China possesses one of the largest automotive industries in the world. Recognizing that Japan already has obtained a significant economic moat as a leader in the hybrid plug-in category, a concentration on pure electric vehicles might be a catalyst for that overall market segment.

The report suggests that the market for hybrid plug-in models will grow at a compound annual growth rate of less than 10 percent over the next 4 years; the Chinese market may experience a robust growth for battery electric vehicles of more than 40 percent over the same time period. With battery electric vehicle sales in China approximately 33,000 units, the total is forecasted to climb to 554,000 over the next 4 years.

Senior Analyst Andy Bae for the global clean technology market research firm explained “China, where around 55 vendors are developing electrified vehicles or launching EV development programs, will likely create and lead an entirely new category around clean transportation. The country will become one of the biggest consumer markets for EVs, and global industry players want to enter this market to tap the related opportunities.”

Honda Motor Co. (NYSE:HMC) may produce electric vehicles in China next year, in order to meet the criteria for generous domestic government subsidy programs from the Chinese administration. The Japan-based automobile manufacturer is expecting to test market the Fit electric vehicle in China by the end of this year. Last month Toyota Motor Corp (NYSE:TM) suggested it may directly participate in employing the Chinese automobile industry in order to reduce costs for the reintroduction of plug-in hybrid Prius models to extensive Chinese market.

With a nascent consumer market and a new tax policy that heavily favours the domestic production of automobiles, Brazil may be creating a strong opportunity for South American lithium brine producers.

Earlier this month Nissan (TSX:7201) indicated that it plans to invest about $1.5 billion in a new factory as it intends to launch new compact models and expand its market share in Brazil. Although Nissan has not announced electric vehicle launches for the Brazilian market in the near future, proximity to an abundant supply of lithium and a direct foreign investment in the automotive industry are worth noting. Last week, a research report suggested consumers in Brazil could demonstrate better potential for electric vehicle adoption. The world’s fifth largest car market still has considerable growth potential as automobile ownership in the United States is approximately 80 percent, however, in Brazil it is estimated at 25 percent.

The Nissan announcement follows closely on a government tax policy to increase import tariffs on cars and trucks. The measures from mid September increase the industrialized products tax by 30 percentage points on vehicles that fail to meet local content standards.

2 responses to “China to Lead in Electric Vehicle Market”