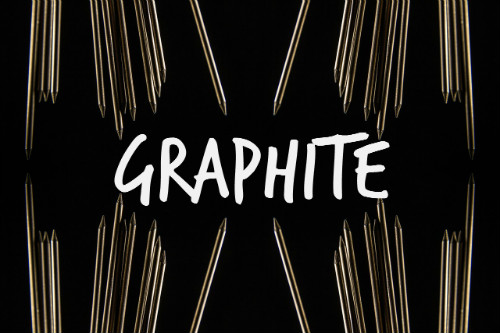 In 2018, China was the largest graphite-mining nation by a wide margin, followed by Brazil and Canada. Find out which other countries made the list.

Graphite is an excellent conductor of heat and electricity and also has the highest strength of any natural material. However, it wasn’t until recently that the metal began to gain popularity.

In fact, despite discussions surrounding changes in li-ion battery chemistry, many experts think graphite will remain a key raw material in electric vehicles batteries for at least the next decade. Both synthetic graphite and natural graphite, in the form of the intermediate product spherical graphite, are graphite products used in the anodes of lithium-ion batteries.

According to Benchmark Mineral Intelligence, demand for graphite from the battery anode segment could increase by seven times in the next decade, as the surge in electric car sales and the emergence of energy storage continues to drive the construction of li-ion battery megafactories.

In terms of graphite prices, supply constraints paired with increasing demand from the battery sector have helped natural graphite prices in the past few years despite several rounds of downward graphite prices readjustments as plants reopened, according to Roskill. Benchmark Mineral Intelligence expects prices for the raw material to continue to decline into H2 2019 as excess supplies remain in the graphite market.

“The important point, however, is that the market structure is not the same across all flake graphite grades. There are still parts of the market that will be tight into H2, such as large flake material for use in expandable graphite processing,” Benchmark Mineral Intelligence Head of Price Assessments Andrew Miller told the Investing News Network.

Looking over to supply in 2018, China took the top spot for graphite mining, with Brazil and Canada coming in second and third, respectively. For any investor following the sector it comes as no surprise that the Asian country is leading the way. China dominates both the mining and refining side of the flake graphite to anode supply chain.

That said, it’s interesting to look at which countries produce the most natural graphite. Here’s a brief overview of graphite-mining production in those countries and in the other top producers last year. All stats are based on the most recent data from the US Geological Survey.

As mentioned, China was the world’s largest graphite producer in 2018. It put out 630,000 metric tons (MT) of the metal, almost the same amount it produced the previous two years. According to the US Geological Survey, the country accounted for 70 percent of world graphite mining last year.

Despite China’s stranglehold on the graphite market, investors shouldn’t necessarily expect the Asian nation’s dominance to continue forever. That’s because in recent years the graphite-mining country has made an effort to streamline production. Part of that process has been taking polluting producers offline, and there have also been plant closures in Shandong, China, due to environmental targets. These may further impact Chinese graphite production going forward.

Brazil became the world’s second-largest graphite producer in 2018. With 95,000 MT of output last year, it came in significantly behind China. That said, Brazil’s 2018 graphite-mining output only increased by 5,000 MT from 2017.

Little information is available about the Brazilian graphite-mining industry, as the country’s top producers of the metal are private. However, ETF.com does state that the country’s two largest graphite producers are Extrativa Metalquimica and Nacional de Grafite.

Canada’s graphite production remained the same year-on-year, sitting at 40,000 MT. Interest in Canada as a potential source of graphite has been rising for the past few years, particularly since Tesla (NASDAQ:TSLA) said that it plans to source the lithium, graphite and cobalt it needs for its Nevada-based lithium-ion battery gigafactory from North America.

India produced much less graphite than the top three graphite-producing countries in 2018, but it’s still the world’s fourth-largest producer of the metal. Its total output last year came to 35,000 MT, the same amount it put out in 2017.

Mozambique made a huge leap in 2018, going from only 300 MT in 2017 to 20,000 MT last year, according to the US Geological Survey. The country is home to two main graphite miners: Syrah Resources (ASX:SYR,OTC Pink:SYAAF) and Triton Minerals (ASX:TON). Syrah began producing in 2017, while Triton is aiming to start production in H1 2020.

The Ukraine produced the same amount of graphite in 2018 as it did the previous year: 20,000 MT. Zavalyevskiy Graphite is a large producer in the Ukraine. According to its website, it’s been in operation since 1934 and produces up to 30,000 tonnes of natural flake graphite per year.

In 2018, Russia’s graphite output clocked in at 17,000 MT, just as it did in 2017. Despite this plateau, the country expects to significantly increase its production during the next several years due to the implementation of two investment projects, Dalgrafit and Uralgraphite. As with many of the countries on this list, little further information is available on graphite mining in Russia.

Norway’s graphite-mining output was almost flat from 2017 to 2018, increasing only 500 metric tonnes to reach 16,000 MT. All graphite deposits in the country contain flake graphite and are generally low tonnage. That said, many are in favorable locations — for example, close to the sea or to the electrical grid.

Pakistan comes in at ninth place for graphite production. The country produced 14,000 MT of graphite in 2018, which is the same quantity as the previous year. Despite the country’s production numbers, information on graphite mining in Pakistan is scarce.

Editorial Disclosure: Canada Carbon and Lomiko Metals are clients of the Investing News Network. This article is not paid-for content.