The company announced Wednesday that it’s signed a binding offtake agreement with SINOMA. The deal will see SINOMA buy 80,000 tonnes of graphite per year for five years from Magnis. 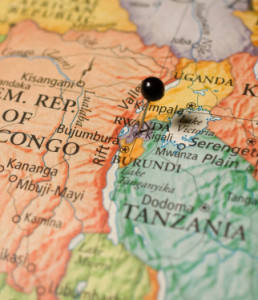 The deal will see SINOMA buy 80,000 tonnes of graphite per year for five years from Magnis, and according to Magnis, that makes it the “[b]iggest binding graphite offtake agreement in recent history.” The graphite supplied by Magnis will be “across all size ranges,” and the parties will have the option to extend the agreement after the initial five years are up.

In terms of pricing, Magnis believes that at current market prices, it will derive yearly revenues of over US$160 million, or more than US$800 million over five years, from the agreement.

Magnis originally announced the transaction back in July, when it signed a memorandum of understanding (MOU) with SINOMA regarding the offtake. At the time, the company said  it would be providing SINOMA with product grading 90 to 95 percent total graphitic carbon, but that statement wasn’t reiterated in Wednesday’s release.

What the Wednesday release from Magnis does make clear is that SINOMA, which has been involved in the graphite industry for over 30 years, feeds all of the graphite it processes into Chinese and Japanese markets. That’s interesting given the fact that so many graphite companies have expressed an interest in targeting Tesla Motors’ (NASDAQ:TSLA) Nevada-based gigafactory — despite the fact that it’s currently still under construction and won’t necessarily be using natural graphite.

Moving forward, Magnis looks set to continue along that path. In September it signed a second offtake MOU for graphite from Nachu with a joint venture between Sinosteel Liaoning and Dalian InterContinental New Materials. No word on when it will be firmed up, but the company sees the binding offtake with SINOMA lending it some clout in setting up others.

Looking at the bigger pictures, Magnis states on its website that it is fast tracking Nachu to production and hopes to see it become a “commercial reality by the end of 2016.”

At close of day Wednesday, shares of Magnis were sitting at AU$0.20, up 14.29 percent. As mentioned, earlier in the day they rose as high as $0.23, a jump of 31.43 percent from Tuesday’s close. Year-to-date Magnis is up 14.29 percent, quite a feat in a year that’s seen many graphite companies decline.