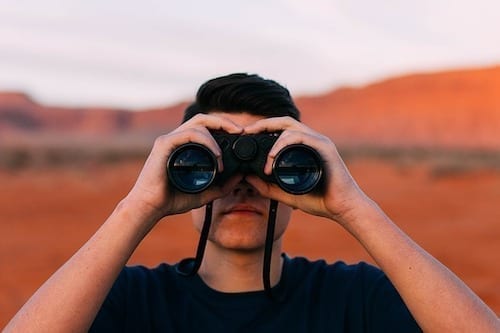 What’s the graphite outlook for 2020? Market watchers explain what happened last year and what factors investors should watch next year.

Graphite is an essential metal used in electric vehicle (EV) batteries, and as EV sales grow, market watchers believe demand for the metal will surge.

Despite discussions surrounding changes in battery chemistry, many experts think graphite will remain a key element in EV batteries for at least the next decade. Both synthetic graphite and natural graphite, in the form of the intermediate product spherical graphite, are used in the anodes of lithium-ion batteries.

Here the Investing News Network looks at the key trends in the graphite market in 2019 and what the graphite outlook is for 2020.

One of the main catalysts in the graphite industry last year was China’s continued shift away from upstream production towards downstream production. The country saw increasing imports, mainly from Africa, according to Roskill Deputy Manager Suzanne Shaw.

“China imported more than 53,000 metric tons of natural graphite in the first three quarters of 2019 (mainly from Mozambique and Madagascar), compared to just 12,000 metric tons in the same period of 2018,” she said. “Imports are thought to have declined in Q4 with the reduced production from Syrah Resources (ASX:SYR,OTC Pink:SYAAF).”

Syrah Resources, which operates the Balama graphite project in Mozambique — the largest natural graphite project outside China — decided to reduce its output in September due to volatility in the market. The company cut back production from 15,000 metric tons per month to 5,000.

“This has resulted in a concern from investors and is expected to cause problems from all projects looking to develop outside of China through 2020,” Shaw said.

For those outside of China, the Syrah rollback has been the biggest news in the graphite sector, as it has affected everyone looking to get into the market.

“On the plus side, it leaves room for other potential (perhaps smaller) graphite projects to come online, and everyone is now watching Africa,” she said. “China may be looking for alternative sources for its imports — it is not desperate, there is still lots of overcapacity, but it will be thinking about the future.”

Another main trend in the graphite space during 2019 was the continued growth of value-added applications, in particular from the battery sector, Benchmark Mineral Intelligence Head of Price Assessment Andrew Miller told the Investing News Network.

“As with many battery raw materials, graphite finds itself in a transition period where new capacity has been installed, but the real major changes in demand have not yet been felt,” he said. However, he explained, there is still very good demand growth from the battery sector as well as from other value-added markets such as expandable graphite.

“The synthetic space has seen strong growth in China due to the lifecycle benefits that the country’s producers can obtain compared to spherical graphite. On the natural side, there is still major growth from battery markets, particularly in other parts of Asia where producers have overcome technical challenges using a natural-dominant anode blend,” the analyst added.

Meanwhile, Shaw said, the cut in EV incentives in China early on in 2019 had a big impact, reducing demand in Q2. “Prices have been lower than expected because of reduced demand from the battery market,” she added.

Shaw also identified further rounds of environmental closures to reduce pollution and improve efficiency as another factor impacting the space in 2019.

As the new year begins, there are key catalysts for investors interested in graphite to watch.

According to Shaw, the market could see more Chinese investment, or at least interest, in African projects to fill Syrah’s gap.

“Africa is logistically useful for Chinese customers (and) has major graphite resources, and China has a recent history of investing in the country, which has relative cheap labor and other overheads,” she said. “China itself is on a program of moving away from lower-value production (mining) towards downstream product, but also its own graphite resources are becoming deeper and more expensive to mine.”

Roskill expects the market to be roughly balanced in 2020, with EV demand in China expected to start to come back — but not until at least towards the end of the year.

“Prices are expected to be relatively flat next year, but are forecast to rise in the longer term once demand picks back up,” she said.

Shaw said investors should keep an eye on stronger-than-expected capacity closures in China — both in synthetic and natural graphite — which could impact the market in an exaggerated way. Additionally, there is the potential for a tightening in synthetic graphite supply.

Speaking about anode material for batteries, Miller said the anode supply chain is often overlooked in the lithium-ion battery story, but significant investment will be needed to meet future demand growth.

In fact, anode demand and production capacity are expanding at an unprecedented rate, led by the emergence of megafactories to supply the EV revolution.

“In our perspective, graphite will remain the dominant raw material for anodes in the long term,” he said. “It will be a blend of natural and synthetic … you are still going to see a huge amount of growth in graphite.”

Looking at the impact of both synthetic and natural graphite, the expert said the market will grow at a 24 percent compound annual growth rate over the next decade.

“Both natural and synthetic markets have been built around the demand from industrial applications, but what we’ve seen is a soft outlook from the industrial sector,” Miller said. “Even though the foundations of this industry will remain strong, we believe the growth in this market will come from the value-added applications for graphite.”

The graphite space, said Miller, cannot be treated the same as a whole. The variation in products and processing channels is key in understanding the market.

“When looking in particular to batteries, you have to look at what type of material can actually supply those anodes — it is not all flake graphite or synthetic graphite,” he added. “In the longer term, what you see is that the graphite market, both natural and synthetic, isn’t set up for the type of demand batteries will be pushing in the next few years.”

Want to learn more about what’s next for graphite? Click here to read what company CEOs and executives see in the forecast.