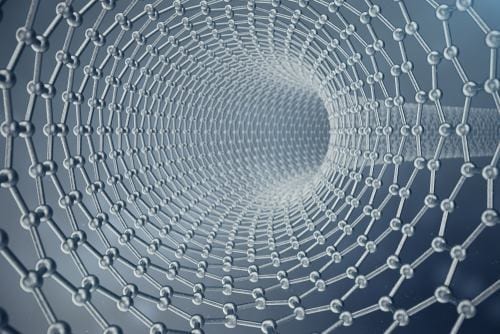 Research and development continue to unveil the incredible set of properties that make graphene technologies ideal for improving environmental sustainability in the 21st century.

Graphene was first isolated from graphite in 2004 by University of Manchester researchers Andre Geim and Kostya Novoselov. The pair were awarded the 2010 Nobel Prize in physics for their work which opened the door to an abundance of new potential applications across a variety of industries. According to Grand View Research, the global graphene market is projected to grow at a compound annual growth rate of 38.4 percent to reach US$552.3 million by 2025.

Comprised of a two-dimensional microscopic layer of bonded carbon atoms arranged in a hexagonal lattice, graphene is essentially a structural building block of the naturally-occurring form of crystalline carbon commonly known as graphite. Eighty years before Geim and Novoselov’s work, Irish physicist John Desmond Bernal was the first to discover this layered structure to graphite.

As the world’s thinnest material, graphene’s two-dimensional network of bonded carbon atoms allows for exceptional thermal and electrical conductivity at nanoscale. In fact, graphene is one of the best conductors of heat at room temperature. Despite being completely transparent, graphene is also one of the world’s strongest materials, remarkably flexible, magnetic and impermeable to most liquids and gases. The University of Manchester has said that “combining all of graphene’s amazing properties could create an impact of the scale last seen with the Industrial Revolution.”

Armed with this new knowledge, public and private companies are now working to create graphene-based technologies that can solve the world’s most pressing environmental challenges. “The potential of graphene is limitless, and commercial development of graphene-enhanced solutions are finding their way into market, with large scale commercialization now clearly on the horizon,” said Donna Mandau, president and CEO of Edmonton-based Graphene Leaders Canada.

From renewable energy production to cleaner and more sustainable sources of water, graphene has the potential to bring about numerous disruptive technologies that can open up new markets and lead to powerful solutions to many of the environmental challenges of today.

“Graphene’s properties are precisely what enable new environmental solutions that were previously infeasible,” GrapheneCA Head of Business Development David Robles told the Investing News Network (INN). “Its superiority in terms of strength, electron mobility, surface area, and thermal conductivity are all major factors in the development of greener applications. These properties make graphene ideal for contaminant monitoring systems, water treatment and desalination as well as improving batteries and solar energy technology. These are technologies that could have a positive impact on agriculture and the shift away from petrochemicals. Graphene implementation could even help reduce CO2 emissions in construction and help produce biodegradable plastics because it has the right properties to replace more harmful materials.”

As a highly conductive material, graphene is well-suited to the renewable energy industry, specifically batteries, renewable energy storage and solar panels. Researchers at the University of Warwick have discovered that incorporating graphene into anode structures may double the lifespan of lithium-ion batteries for electric vehicles (EVs). It seems graphene can reduce electrode resistance without decreasing the active material content, creating a battery with high energy capacity and the potential for high-power applications. Long-lasting, higher power batteries are an essential element in the fight to shift consumer preferences away from the internal combustion engine and toward battery-powered EVs. Graphene’s properties may help to improve the lithium-ion battery’s ability to quickly and efficiently move energy in and out of the unit, allowing vehicles to reach higher speeds in a shorter amount of time.

Graphene also has a potential role to play in the growing renewable energy sector, which according to the International Energy Agency is expected to account for nearly 30 percent of global electricity generation by 2023. When it comes to the top renewable energy sources, solar and wind power lead the pack. Graphene’s transparent two-dimensional nature and high conductivity have led developers to incorporate the material into the design of photovoltaic materials to increase efficiencies in solar energy generation without the need for expensive rare earth materials. European-based solar panel manufacturer FreeVolt has partnered with California energy management company Apparent to provide solar energy systems to homeowners as well as commercial and industrial customers. Manufactured in Poland, FreeVolt’s panels incorporate graphene which the company claims boosts efficiency by 35 percent.

One of the major roadblocks to widespread adoption of renewable energy sources such as solar and wind is intermittency–the sun doesn’t always shine and the wind doesn’t always blow. This has driven researchers to develop reliable energy storage solutions. Rob Dryfe, professor of physical chemistry at the University of Manchester, thinks graphene’s suite of remarkable properties make it an ideal material for advanced energy storage technologies. “[You] want a high-surface, high-volume, light, stable, conducting material, and the advantage of graphene is that it basically ticks all of those boxes,” he said.

Graphene’s impact on environmental sustainability in the 21st century also includes access to clean water. “As a material, graphene holds the potential to address immediate and future crisis issues, such as desalinating water in a single stage or ultra-water filtration for places like Flint, Michigan,” said Robles. “It could also help capture oil in river and ocean spills as well as treat contaminated water coming from paper mills and fabric dye production.”

The BBC recently reported that by 2025, nearly two billion people around the world could be facing absolute water scarcity. Environmental pollution and increasing drought pressures brought about by climate change are leading to the development of advanced water purification and desalination technologies including reverse osmosis (RO) plants. Graphene’s ability to work as a superior membrane compared to more traditional materials such as polymer has the potential to reduce the capital and energy usage costs associated with these technologies while increasing productivity.

Graphene itself can be manufactured in an environmentally friendly way that doesn’t involve hazardous chemicals and extreme energy usage. GrapheneCa has developed a sustainable way to produce graphene in a closed-loop and chemical-free system that uses only 1,500 kilovolts per hour which is average 3-4 times more efficient than other methods. The only two inputs are water and natural graphite. Furthermore, the company’s graphene-as-a-service model provides end-users with the knowledge necessary to integrate graphene into their products without the need for specialized technicians. GrapheneCA’s mobile graphene container system also allows for high-yield graphene production in-house in order to avoid supply chain issues.

“We’re having tremendous success with this method from an industrial and commercial perspective as it’s more renewable,” said Robles. “We don’t need to have full-scale industrial facilities that deal with the processing of toxic chemicals. We don’t have to worry about keeping the environment safe as it’s a more renewable, clean and green process to manufacture graphene.”

Just in time to address some of the biggest environmental challenges of the 21st century, graphene-based technologies are beginning to move from the lab to real-world applications. This newly emerging marketplace also offers an opportunity for investors interested in making a real-world impact with their investment choices.