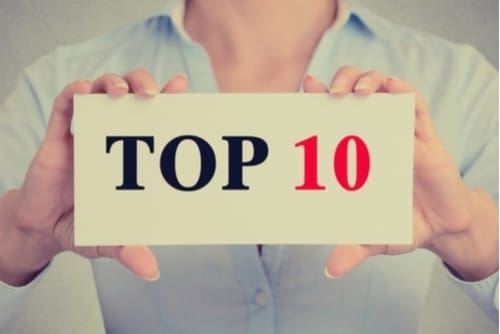 Cobalt production is hot and getting hotter. Here are the 10 top cobalt-producing countries of 2019, based on US Geological Survey numbers.

Despite the decrease in cobalt prices, interest in the battery metal is still riding high, with analysts cautiously optimistic about the coming years.

One of the metal’s main catalysts is excitement about electric vehicles. The lithium-ion batteries that power these cars require lithium, graphite and cobalt, among other raw materials, and demand is expected to keep rising as the shift toward electric vehicles continues.

Given those circumstances, it’s particularly interesting to look at top cobalt production by country. According to the latest US Geological Survey numbers, global supply decreased in 2019, down slightly to 140,000 metric tons (MT) from 148,000 MT the previous year. Read on for a closer look at cobalt supply.

The Democratic Republic of Congo (DRC) is by far the world’s largest producer of cobalt, accounting for roughly 60 percent of global production. The country has been the top producer of the metal for some time, even though its output decreased from 104,000 MT in 2018 to 100,000 MT in 2019.

As demand for cobalt rises, increasing attention is being directed at the DRC. However, cobalt mining in the country has been linked to human rights abuses, including child labor. Because of this, in 2017, Apple (NASDAQ:AAPL) temporarily stopped buying cobalt mined by hand in the DRC. Due to increased concerns about supply, the London Metal Exchange is also taking steps to ensure all the brands listed on the exchange are following responsible sourcing guidelines.

In addition, in 2018, congress in the DRC passed a revised mining law that increased taxes on cobalt, copper and other metals. Most recently, the country set up a new state company to buy and market all artisanal cobalt mined in the DRC with the aim of controlling the entire supply chain and boosting government revenue by having more influence on cobalt prices.

All that said, the DRC is likely to remain key to the cobalt market for the foreseeable future. Glencore (LSE:GLEN,OTC Pink:GLCNF) has interests in two mines in the African country, Katanga and Mutanda. Katanga is set to become the world’s top producer of cobalt, the mining giant says. However, Mutanda, the current largest mine in the world, was put on care and maintenance last November.

With concerns about DRC cobalt running high, some automakers are calling for increased electric vehicle battery production in Europe. It’s possible that this push could prompt higher cobalt demand from Russia in the future — the only question is whether the country will be able to keep up. While its cobalt reserves stand at 250,000 MT, Russia is still well behind the DRC in terms of production. Large Russian miner Nornickel (MCX:GMKN) produces cobalt and is in the world’s top five producers of the mineral.

Australia saw a small increase in cobalt production from 2018 to 2019, with output rising from 4,880 MT to 5,100 MT. Like many other countries on this list, cobalt produced in Australia is a by-product of copper and nickel mining. The country’s nickel mines are located in the western part of the country, mostly around the Kalgoorlie and Leonora regions.

As the DRC becomes increasingly challenging for miners and investors try to divert their interests away from Africa, Australia is another country that’s receiving more attention. Riding this wave, Clean TeQ Holdings (ASX:CLQ,TSX:CLQ,OTCQX:CTEQF) raised an impressive AU$150 million in March 2018.

The Philippines is the fourth largest cobalt producer in the world, putting out the same amount of metric tons in 2019 as it did the year before. The Asian country is also a top nickel producer.

The fate of mining in the Philippines is up in the air as President Rodrigo Duterte and Environment Secretary Roy Cimatu continue to call for a shut off of all mines in the country. For the past few years, Duterte has fiercely opposed the mining industry, as he believes the environmental damage far outweighs any benefits to the economy.

Cubaniquel, the country’s state-owned nickel miner, is the sole operator of the Che Guevara processing plant at Moa.

Madagascar’s cobalt production remained the same from 2018 to 2019. The Ambatovy nickel-cobalt mine is the largest and most advanced mineral project in the country. It is located about 80 kilometers east of Antananarivo.

Sherritt International used to own 40 percent of Ambatovy, which cost more than US$5 billion to develop. Late in 2017, Sherritt transferred 28 percent of its stake in Ambatovy in order to reduce its debt load. It will retain 12 percent ownership of the mine and will continue on as operator until 2024.

Papua New Guinea has made the list of top cobalt production by country for the second year in a row. In 2019, the small country off the coast of Australia produced 3,100 MT of cobalt as a by-product of nickel production. The country’s main cobalt producer is the Ramu nickel mine near Madang, a joint venture between private company MCC Ramu NiCo (85 percent), Highlands Pacific (ASX:HIG) (8.56 percent) and the Papua New Guinea government (6.44 percent).

In May 2018, Highlands signed a deal to increase its ownership of Ramu to 11.3 percent and reached a C$145 million streaming agreement with Cobalt 27 Capital. In January 2019, Cobalt 27 announced the friendly acquisition of the Australian miner, and in October of that year Cobalt 27 transferred the Ramu stake to Conic Metals (TSXV:NKL), a new company, via an arrangement with Pala Investments.

Canada was the eighth largest cobalt producer in the world in 2019, with output decreasing marginally from the previous year. As with Australia, Canadian cobalt comes mostly from large nickel and copper mines that produce cobalt as a by-product of their normal operations. Some of these major nickel and copper deposits are Kidds Creek, Sudbury and Raglan.

In the last couple of years, a number of junior miners have rushed to Cobalt, Ontario, to stake land. The site is located near the Quebec border and is known for producing large quantities of silver in the past. Now hopes are high that the area could be a cobalt hot spot. It’s still early days for many of these companies, but if they are successful it’s possible Canada’s cobalt production will rise.

South Africa’s cobalt production increased by 100 MT from 2018 to 2019. In South Africa, cobalt is mined as a by-product of copper and nickel. One of the operations that produces the battery metal is the Nkomati mine, a joint venture between Russia’s Nornickel and African Rainbow Minerals (OTC Pink:AFBOF,JSE:ARI).

Morocco’s cobalt production remained the same from 2018 to 2019 at 2,100 MT. Cobalt from Moroccan mines has been getting attention after major carmaker BMW (OTC Pink:BYMOF,ETR:BMW) announced it will buy cobalt directly from mines in Australia and Morocco to ensure that its supply of battery raw materials is sourced responsibly.