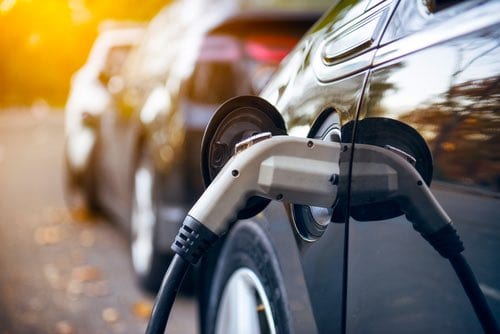 Spencer says the battery metals imbalance is due to both supply and demand increasing, though supply is well ahead of demand — for now.

A supply and demand imbalance in the battery space means that investors thinking long term could be in for quite a profit, according to Mining Analyst Reg Spencer of Canaccord Genuity.

“Taking a long-term view, this is quite an opportune time to be looking at this sector,” he said in an interview with the Investing News Network covering lithium, cobalt, nickel and graphite.

“But if you’re taking a bit more of a short-term view, I think all those commodity markets … still need to see some rebalancing before we start to see pricing go up.”

Spencer explained that the imbalance is due to both supply and demand increasing, though with supply well out ahead of demand — for now.

“While I would argue that battery materials are more a specialty chemical market than your classic commodity market, you can’t escape the laws of supply and demand, and today we are seeing some commodity-style characteristics in these markets such that there is too much supply relative to demand.

“Prices have fallen, and in the case of lithium that hit the marginal cost of production, and that means you start to see supply curtailments, capacity reductions, delayed expansions — so on and so forth,” he said, adding that it is a similar story for cobalt and graphite.

A metal that stands apart from battery-specific commodities is nickel, which has been enjoying stronger values. But Spencer said that’s because as a base and industrial metal is has other uses, such as stainless steel, which accounts for 75 percent of its use (compared to batteries at 2.5 percent).

“What’s happening in nickel today is more an industrial or stainless steel phenomenon. That said, unlike the other battery materials like lithium and graphite, because nickel is traded on the (London Metal Exchange) you can trade futures, there are derivatives and there is the ability for financial speculation, even on the basis of increased demand for battery materials. So all this is playing into it today.

“We don’t think that battery metal demand is going to play a material part in the nickel market for a number of years yet. Let’s call it four to five years,” said Spencer.

All that said, when asked how investors can approach the battery metals market given its current challenges, Spencer leaned into backing lithium brine producers.

“Just like the case with any commodity market, where you want to be on the cost curve is on the bottom left-hand side. If someone asked me today where would I be investing in lithium, I would say it’s your lithium brine producers because they are bottom of the cost curve even though those projects are technically challenging.

“Those that are in production like Orocobre (ASX:ORE,TSX:ORL) or Lithium Americas (NYSE:LAC,TSX:LAC), who soon will be — they are able to withstand these low pricing environments by virtue of the cost structure of the production process,” he said.

“I would say your brine producers — they have the ability to make money in these low pricing environments, which is not something you can say for you hard-rock names,” he said, adding that if you invest in companies with their fingers in both pies — like Albemarle (NYSE:ALB) — you can’t go wrong.

“But if you’re more into the junior market then I would suggest your lithium brines.”

Cobalt is the least loved of the battery metals — car makers and battery makers want it out of their product as it’s difficult to mine and politically fraught, but the battery industry is stuck with it.

“Cobalt plays a very important role in the battery, it gives the battery cell stability. So they can’t engineer it out completely, and even though most battery makers are looking to reduce the amount of cobalt they put in each battery, in the long run we’re going to be producing more batteries, so it becomes very much volume offset to lower consumption rates.”

Spencer said that cobalt isn’t altogether a bad place to invest given its applications in technology.

“Unless we see a step change in cathode chemistry or battery technology, we’re still going to need a lot more cobalt than what’s being produced today.”

Looking at the relationship between the metal’s price and supply, Spencer said that given cobalt’s supply rate is inelastic to price — since the vast majority of it (97 percent) is produced as a by-product of copper and nickel — new supply would be hard to come by even if prices were to skyrocket.