Global manufacturers may face a critical shortage of 14 raw materials over the next five years including cobalt, according to PricewaterhouseCoopers. 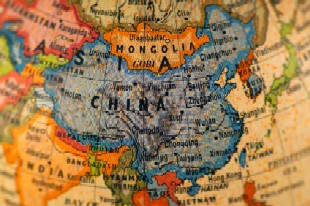 Manufacturers around the world are expected to face chronic shortages of 14 critical raw materials over the next five years, according to a study by PricewaterhouseCoopers LLP. The report, published on December 7, catalogues a group of 14 materials including  cobalt, graphite, indium, magnesium, platinum group elements, rare earths, tantalum and tungsten as being at risk of increased supply shortages.

The PricewaterhouseCoopers report titled “Minerals and metals scarcity in manufacturing: A ‘ticking time-bomb‘”, Malcolm Preston, Global Head of Sustainability Services, said: “Put simply, many businesses now recognize that we are living beyond the planet’s means. New business models will be fundamental to the ability to respond appropriately to the risks and opportunities posed by the scarcity of minerals and metals.”

The report’s main author, Hans Schoolderman of PricewaterhouseCoopers Netherlands, added: “The world’s growing population, an increase in GDP levels and changing lifestyles are causing consumption levels to rise globally – creating a higher and higher demand for resources. Governments and companies should all be aware of the scope, importance and urgency of the scarcity of both renewable and non-renewable natural resources: energy, water, land and minerals.”

Cobalt, a material used in industrial manufacturing for jet turbines and automotive rechargeable batteries and iPhones, is  usually produced as a by-product of other metals, typically nickel or copper. About two thirds of the world’s cobalt is mined in Africa, primarily in the Democratic Republic of Congo (DRC), however, nearly half of the world’s cobalt is refined in China with Chinese companies investing to secure cobalt supply from Africa.

Between July and September, the study interviewed senior executives at 69 leading companies in seven different manufacturing industries across Europe, the Americas and Asia Pacific in the automotive, aviation, chemicals, energy and utilities, high tech, infrastructure and renewable energy sectors. Results were tabulated on a Likert scale of 1-5, where 5 indicates high intensity and 1 low intensity.

The analysis found that a breakdown by region showed a high risk in Europe, where seven out of  ten respondents (71 percent) consider minerals and metals scarcity as a risk, followed by nearly one in two respondents in Asia Pacific (53 percent) and the Americas (50 percent). Respondents from all regions see this risk increasing over the next five years.

More than four out of five executives interviewed (84 percent) said the increase in demand is seen as the main driver behind the issue of scarcity of these metals and minerals. However, 79 percent also promptly said geopolitics is just as big an issue followed by extraction shortage (73 percent).

The study concluded that nearly all of the European companies interviewed (96 percent) opined that “geopolitics is another factor affecting industries such as energy, chemicals, infrastructure and automotive.” Further sentiment showed that “How crucial this aspect is can be understood from the recent ruling by the World Trade Organization against China’s rare metals export policy. The United States, European Union and Mexico petitioned against China at the WTO forum in 2009, citing export restrictions on minerals and metals, such as bauxite and magnesium, as discriminating against foreign manufacturers and giving an unfair advantage to domestic Chinese producers.”

China produces nearly 50 percent of the world’s supply of scarce metals and around 97 percent of rare earths. A study in September of this year by the British Geological Society showed that of the 52 metals on the list, 31 have a supply risk index of 5 or higher, where 1 indicates low supply risk and 5 high supply risk. The BGS list showed that China dominates global production of nearly all the elements on the list, being responsible for extraction of more than half of them.

The survey showed that renewable energy (78 percent), automotive (64 percent) and energy & utilities (57 percent) are currently experiencing instability of supply. The industries which are particularly being impacted are aviation, high tech and infrastructure, all of who believe that a high rise of instability of supply is on the horizon from now until 2016.

The study pointed out that as a range of factors – from demand to geopolitics – contribute to resource scarcity, “it is clear that all stakeholders in the supply chain need to be involved in addressing this issue. Mining companies have a key role in identifying and developing new reserves and managing existing reserves; governments should remove trade barriers; universities and research institutions should accelerate R&D; companies should invest more in innovations for substitution and resource efficiency, and consumers need to take responsibility by recycling waste materials.”

Disclosure: I, Karan Kumar, hold no direct investment interest in any company mentioned in this article.