A list by the British Geological Society details 52 metals and shows the abundance of the metal in the Earth’s curst, the location of its current production and reserves and the supply risks associated with political stability in the locations where the metal is found. 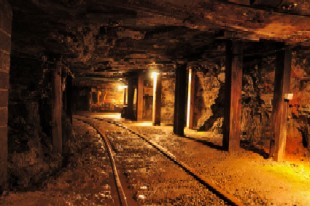 The Earth’s rarest metals and the risks related to their supply have been ranked in a new list published by the British Geological Society. The list details 52 metals and shows the abundance of the metal in the Earth’s curst, the location of its current production and reserves and the supply risks associated with political stability in the locations where the metal is found.

“As demand for metals and minerals increases, driven by relentless growth in the emerging economies in Asia and South America, competition for resources is growing,” Andrew Bloodworth, Head of Science, Minerals and Waste at the British Geological Society told Resource Investing News in an interview. “The risk list gives an indication which elements might be subject to supply disruption, most likely from human factors such as geopolitics or resource nationalism, along with events such as strikes and accidents.”

Bloodworth urged policy makers and industry officials to be “concerned about supply risk and the need to diversify supply from earth resources, from recycling more and doing more with less, and also about the environmental implications of burgeoning consumption.”

Antimony, platinum group elements, mercury and tungsten have the biggest risk supply index value at 8.5, the list shows. A score of 1 indicates the metal has a low supply risk and a score of 5 indicates a high risk. A higher score means higher risk. Of the 52 metals on the list, 31 have a score of 5 or higher. Antimony, the element most at risk, is used extensively for fire-proofing, but is deposited by hot fluids inside the Earth’s crust and extracted mostly in China. The list, which was released in September, shows that China dominates global production of nearly all the elements on the BGS list, being responsible for extraction of more than half of them.

“The risk list highlights a group of elements where global production is concentrated in a very few countries,” Bloodworth said. “The restricted supply base and the relatively low political stability ratings for some major producing countries combine to significantly increase risk to supply. Restriction on the availability of rare earth elements has received a good deal of attention recently and this group features close to the top of the list. The list also shows the current importance of China in production of many metals and minerals. China is now the leading global producer of 28 of the 52 elements and element groups on the list.”

The list includes economically important metals with high levels of risk to supply disruption, including platinum group metals, which are an active component in auto-catalysts, niobium, which is used in MRI scanners and touch screens and tungsten, a key hard metal used in almost all cutting tools. The list also includes gold and silver, with a risk score of 5.5 and 6 respectively.

Other lists detailing the importance of critical metals have been published in the past. The European Commission last year published a list of 14 critical metals or groups of metals that are important for the continent’s economy, the Guardian newspaper published in an article. The list, which includes niobium, platinum group metals, rare earths and other basic commodities, is updated regularly, allowing Europe to obtain closer links to countries producing these metals, monitor security of supply and develop its own mining potential.

Bloodworth said the EU list tends “focus on identifying just the ‘critical’ elements rather than all economically-important elements and element groups as ours does.”