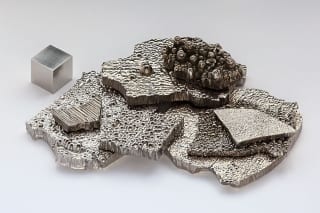 Cobalt has recently come to the forefront of the materials used to make lithium batteries. Here is a look at the history of cobalt and mines in Canada and Europe.

Cobalt has recently come to the forefront of the materials used to make lithium batteries. While the lithium and graphite stories are well known, those materials are, in comparison to cobalt, plentiful and easy to process.
There are no pure cobalt mines, only copper and nickel mines relatively enriched in cobalt to make it viable to recover it as a by-product. The large nickel copper complexes such as Sudbury, Norilsk and the copper–cobalt deposits in Central Africa really are dependent on buoyant prices for copper and nickel to determine how much cobalt will be produced in the end. The cobalt produced is also the net result of a complex smelting and refining process to produce sellable copper and nickel. These huge complexes require a large and long life copper/nickel deposit to support its large capex and long amortization period.
Is it realistic that a junior exploration company can enter the cobalt game when it is dominated by huge companies and supply is dependent on so many other factors? As always, in the junior resource business, investors chase commodities that have made fast near-term moves to the upside and have bullish supply and demand fundamentals that are widely broadcast by financial and other medias.
First movers into a new commodity boom are usually rewarded. In my experience of several decades of staking and vending mining properties, the best projects go at a fair price first and later in the cycle, as junior company share prices appreciate and others jump on the bandwagon, marginal projects go for top dollar.
The difference between cobalt and its sister battery components is there is no shortage of lithium or graphite–it is a shortage of production facilities that will eventually be rectified.

Give me my free report!
That is not the case with cobalt. Most good research out there (I suggest Darton Commodities‘ 2015-16 Cobalt Report as the best I’ve read) shows a lot of demand versus supply, even with latest improvement of copper and nickel prices.
There are very few cobalt projects out there versus thousands of lithium and graphite projects of various merits.
Cobalt has a relatively short history of an industrial metal. It wasn’t until WWI, when bigger guns and thicker armour for battleships needed steel strengthened by both cobalt and nickel. Before that, cobalt oxide was used as a blue pigment in glass and paint and like its sister metal, nickel was considered a contaminant in copper ore by medieval miners.
Finding a pure play in juniors on the rising price of cobalt is difficult. Pretty well the go-to company has been eCobalt Solutions (TSXV:ECS), the former Formation Capital Corporation. Formation was incorporated in 1988 as a gold explorer in Idaho. It’s been a long haul for Formation as it went through various process designs which can take years to develop and years to permit. eCobalt is a good example of what a primary cobalt producer will have to deal with to be an independent cobalt producer. That said, once that is completed, eCobalt will command a much higher stock price or be a takeover target. The last published measured and indicated resource at the Idaho Cobalt Project was 2,654,400 short tons of 0.628 percent cobalt, 0.619 percent copper and 0.49 grams gold. (Samuel Engineering 2015). ECS fits the bill of our small and rich potential cobalt mine.
What other kind of cobalt projects should a junior mining company consider?
Finding another Voisey Bay is not easy and hundreds of millions has been spent by juniors over the last 20 years looking for another. Though it was a massive 141 million tonnes, it still was a primary nickel copper deposit that ran 0.09 percent cobalt (Kerr, 2003). The targets of these type of deposits can easily be defined by airborne geophysical surveys and are usually remote and the domain of large mining companies because of the costs associated with exploring them. Now that cobalt is hot, every property with cobalt associated with it is being staked and dusted off by juniors.
The Canadian exploration community is good at taking an old project and applying new geological concepts. If we apply the old adage “the best place to look for a new mine is beside an old one” and the known affinity of cobalt to copper and nickel, then Sudbury would be an obvious choice. Sudbury has produced and has current reserves of 1.7 billion tonnes of nickel, copper, cobalt, gold, silver and platinum group metals (PGMs). (Lydon 2007)
Of course, it was a promoter’s dream to multiply those tonnes by the minute amounts of cobalt that was recovered. The truth is, cobalt, gold, silver and PGMs are recovered in the final processing of tank slimes at the very end of a long and complex process to produce refined copper and nickel products. A good approach for a junior to the Sudbury Camp is going after offsets of the main deposits that have smaller and possibly different mineralization. This approach worked during the early 2000’s PGM boom when FNX Mining took on projects that Inco deemed too small for them. FNX made the Podolsky discovery, which rewarded shareholders twice on a merger with Quadra Mining in 2010 and later the combined company, Quadra FNX (TSX:QUX) was taken out by KGHM, a large Polish copper producer.
A company that is approaching the Sudbury region with the “offset” theory is Green Swan Capital (TSXV:GSW) with their Copper Prince property located within the city limits of Sudbury. The Copper Prince property is hosted within the South Range Breccia Zone, a major formation that hosts several showings and mines including the Frood-Stobie mine. Originally explored as a primary gold target, previous exploration discovered cobaltite bearing quartz veins assaying up to 3.26 percent cobalt. (Krocker, 2008) The cobaltite mineralization is associated the Nipissng Gabbro, a formation that is intimately associated with the silver and cobalt in the famous cobalt camp located 137 km to the north east.

“Five Element” deposits were first discovered in the Erzgebirge (Ore Mountains) region on the border of Germany and Czech Republic in the mid 1200`s. They are high grade silver, nickel, cobalt, bismuth and arsenic veins that were mined primarily for their silver. The Erzebirge region was the center of modern geology and mining as we know it today. I look for more juniors to move into the Erzebirge Camp as cobalt price picks up.

In the Cobalt Camp, silver discoveries began one of the first staking rushes in Ontario spurred on by speculation in New York in junior exploration company shares in the early 1900s. The veins though narrow were very rich as in all Five Element systems and cobalt was produced, but recorded records were incomplete and inaccurate especially for non-silver metals. Some unsourced reports from the Cobalt Camp have said historically it produced 420 million oz of Ag and one vein ran 9,000 oz per ton over 0.35 meters
Li Co Energy Metals (TSXV:LIC) has entered the Cobalt Camp with its Teledyne Cobalt project:

Give me my free report!
Another interesting player in the Cobalt Camp is Brixton Metals Corporation (TSXV:BBB) with its Langis Project. The Langis mine was a former silver producer that produced intermittently from 1908 to 1989. From 1956 to 1966, it showed a total of 358,340 lbs of Co being produced as well as copper and nickel with the silver. The project is being actively explored for gold and silver. It is also important to note that Mark McEwan owns 13.02 percent of BBB.
The Cobalt Camp is an excellent area to re-evaluate old silver projects for cobalt potential and I expect to see more deals there.
Echo Bay
At Echo Bay, narrow bonanza veins could assay over 600 oz. per ton silver production tonnage and also produced a copper concentrate with cobalt credits but no accurate production numbers exist.
The Echo Bay Camp is remote and has legacy issues related to the mining of uranium in the area. In 1981, a stope broke through to Great Bear Lake and flooded the mine, so it is unlikely to come back as a viable cobalt target.
Five Element camp in Erzgebirge, Czech Republic
Back to the original Five Element mining camp in Europe, the Erzgebirge we have Canadian International Minerals (TSXV:CIN) with its Tisova copper deposit, cobalt and precious metal deposit. Tisova had been mined from the mid 1300`s and early records of production do not exist, but between 1959 to 1973, 561,000 tonnes at an average grade of 0.61 percent copper were produced. (Sucek-Kozubek, 1994)
A historic resource was calculated on the unmined portion of the Tisova deposit by the Czechoslovakian government under the Russian classification system as being C1B that was calculated by drilling and underground development (Henley, S., 2004).
This resource was reported as a “preliminary reserves” and was 3,553,000 tonnes of 1.04%, 13.5 g/t Ag, 0.232 g/t Au and 0.019 % Co.(Koubek, P. a kol. (1989)
CIN recently completed sampling of the old Tisova dump material and it returned values up to 8.93% Cu, 0.18 % Co, 0.15% Bi, 59 g/t Ag, 89 g/t In and 2.25g/t Au (Hasek, 2016.)
Tisová is classified as a Besshi-type Volcanogenic Massive Sulphide (VMS) deposit. Such deposits are often large and, along with copper and cobalt, normally include other recoverable base and precious metals.
One of the world’s largest Besshi-type deposits is the Windy Craggy deposit located in British Columbia, which has a Measured geological reserve of 297,439,000 tonnes of 1.38 percent copper, and 0.069 percent cobalt, with substantial gold and silver credits (BCEMR Minfile).
The Tisova Camp has never seen western exploration techniques including geophysics and offers substantial exploration potential for new discovery of Besshi style copper/cobalt deposits.

Cobalt is an unique metal for junior exploration companies to explore for, as well as a difficult metal to source for end users. This, combined with the possibility of supply disruption and soaring price could be a great place to be speculating in 2017.

Don’t forget to follow us @INN_Resource for real-time news updates!
Michael E. Schuss is a mining exploration entrepreneur who grew up in resource-based family and was exposed to mining site visits and speculative share prices as a child. Michael began working for the trading operations of a national investment firm in 1980, which included trading on the Vancouver Stock Exchange. From 1984 to 1990 he worked in underground mining and milling operations, diamond drilling as well as the traditional bush rat jobs like staking, line cutting and dirt bagging. Michael has acquired exploration projects all across Canada, West Africa and China, several of which were joint-ventured by majors and juniors. He moved to Africa in 1992 and China in 1995. He is a believer that “first movers” into new jurisdictions get rewarded and is now focused on Central Europe.

2 responses to “Cobalt in Canada and Europe”